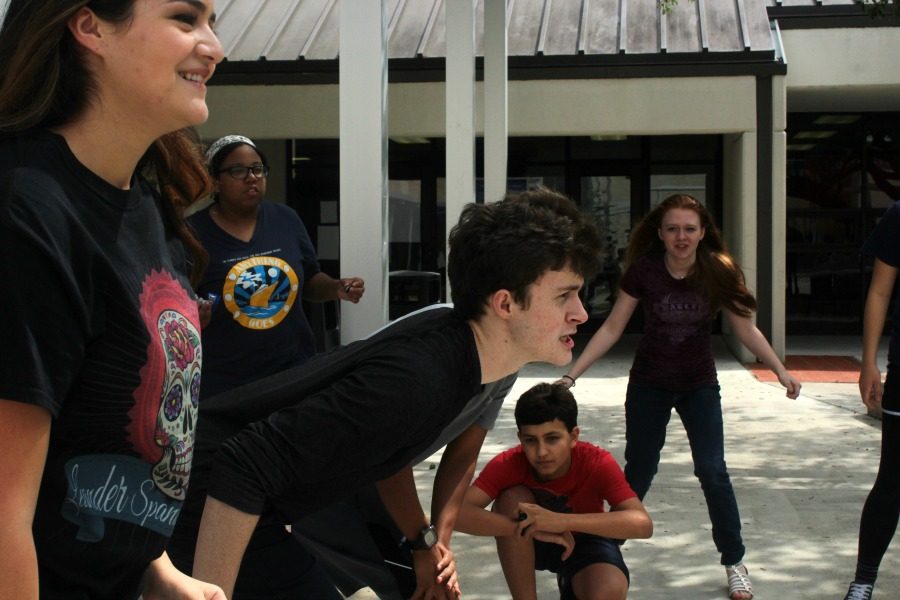 The Foreign Language Olympics competition took place on Wednesday, May 18th after school in the courtyard where the Latin, French, and Spanish clubs all came together to play a rally of games and to celebrate the end of the year with a bit of fun.

“They went very well,” junior french club member Matthew Kennedy said. “It was a very good competition of all of the different language clubs to partake in. It wasn’t much about the activity, it was about really getting to be with each other and really experiencing each other and learning about different things that we do.”

The events included a water balloon toss, a 50 and 100 meter dash, a crab walk, frisbee toss, a three legged race, and a long jump. In the end, the winner was to be decided between the French and Latin clubs with a frisbee toss and with Latin taking the win, the event had ended.

“[It was] Fun,” junior Latin club member Victor Carrillo said. “Honestly, I thought it was kind of balanced between French and Latin and I was actually kind of surprised the events went a lot better than I thought they would especially on who won because it wasn’t obvious. My favorite part was the water balloon toss because it involved more than one person and it was literally trying to see who could last longer and it was something beyond a physical skill I guess.”

Inspired by her own high school foreign language club Olympics experience, Latin teacher Elisha Lueers hopes to make this event an annual gathering of the foreign clubs each year.

“I am very excited and hopeful about holding the world language Olympics annually, as well as other possible collaborative world language events,” Ms. Lueers said. “In future years, we may perhaps add events or hold boy’s and girl’s division events, based on interest. We will continue to offer a blend of serious and wacky Olympic events so that everyone is comfortable participating!”