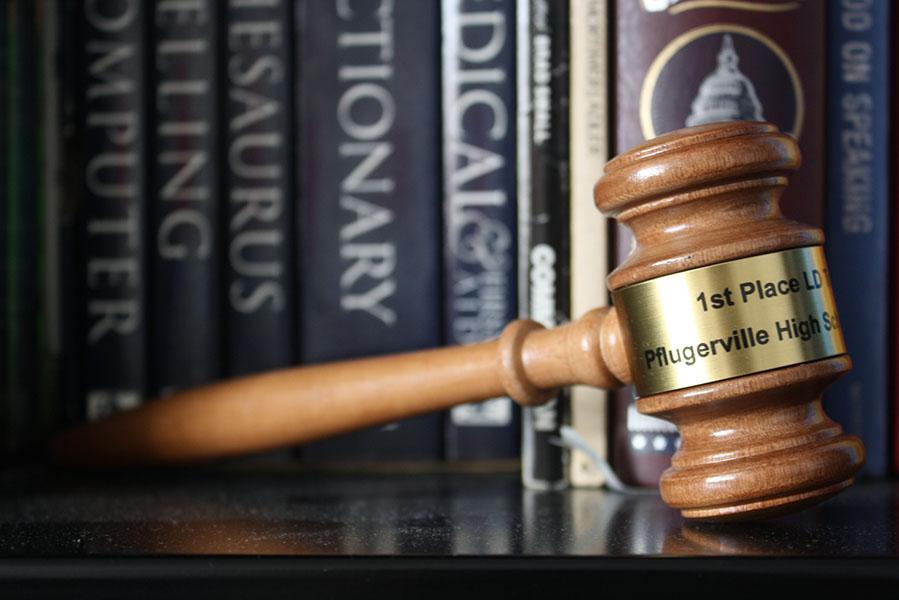 The first place award Brianna Townsend was presented with after the competition now has a home next to another trophy in Mr.Hunt's room. Last year Speech and Debate had won a third place sweepstakes trophy at the Eastview tournament.

“The debate club is designed for students to learn about academic debate and the different competitions and then we learn about the concepts of the classroom and then we go out and apply these skills to competition,” speech and debate teacher Terry Hunt said.

“I was really happy because it was a very tough tournament and they were judging pretty hard,” Townsend said. “To get top speaker, I had only lost two points out of all of my rounds so I was really impressed with myself.”

“I’m excited that we’re going to have a good group of students attending and to get the board moving and get through competition because I think they learn so much when they get out of Leander High School and compete with students from other parts of the state,” Hunt said. “So I’m very excited about the opportunity to do this and to have everyone ready to go and ready for the school year.”