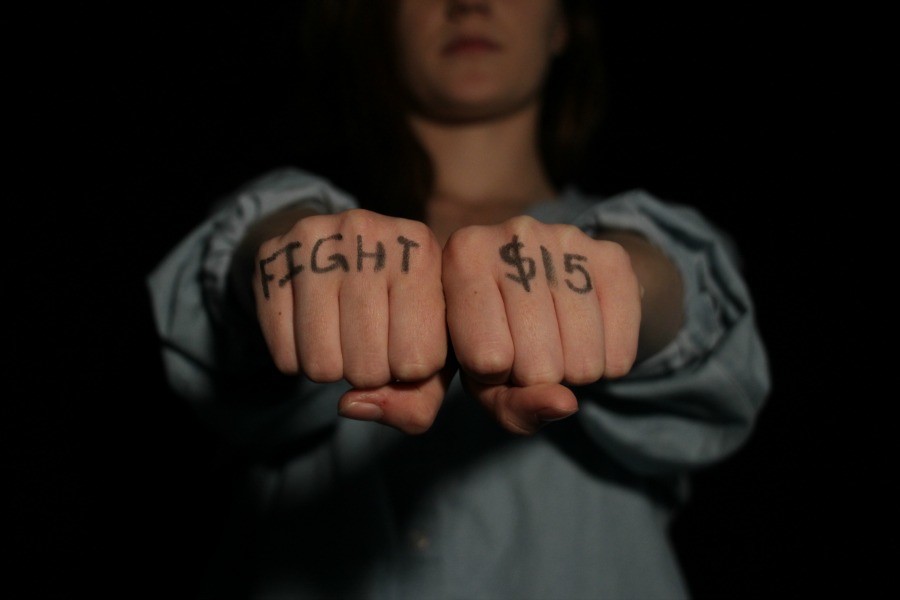 With Nation-wide participants, the “Fight for $15” act has become a trending topic on twitter and made national news. It is a fight for the federal minimum wage to be raised to $15 and was specifically planned on April 15th, the last day to do taxes. It took place outside of chain corporations with chants, signs and the typical protest of laying on the ground.

“I understand where some people are coming from,” senior Alli Lesko said. “Sometimes a minimum wage job is the only source of income for people so naturally raising the pay to $15 would be good. The thing is, I think that even if they raise it to $15 there will be inflation which makes it kinda not even worth raising. I think it should just stay where it is.”

The root of this act began two years when fast-food workers began to strike from their jobs in order to get higher wages. It then grew from just a few small petitions to groups of 200 people and more outside of McDonalds and Wal-Marts striking and fighting for $15.

“I feel like it could help a lot of teenagers making minimum wage,” senior Courtney Castillo said. “They are trying to pay for their car or insurance or college. Increasing the minimum wage could definitely help in those situations.”

A large argument going on is that if the minimum wage is raised, it will backfire on the economy. It is also happening at the same time presidential campaigns for 2016 are beginning causing the candidates to have to make some decisions on which side they take and their opinions on what the minimum wage should be.