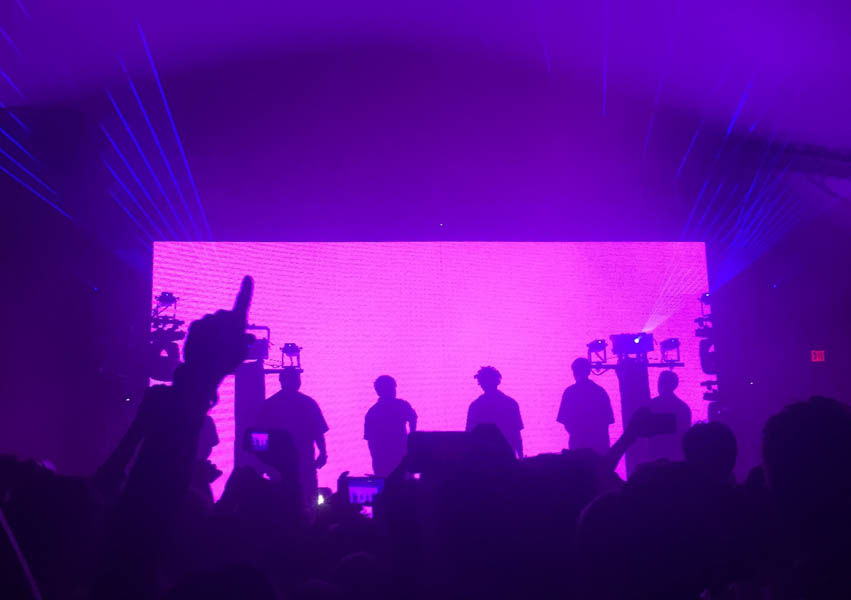 On Oct. 6, Brockhampton performs at Stubb’s Waller Creek Amphitheater in Austin. This concert was on their “I’ll Be There” tour and part of the official 2018 ACL Fest Late Night Shows.

Brockhampton’s latest and fifth studio album “GINGER”, released on Aug. 23, doesn’t disappoint. Brockhampton is known for speaking truth through their music, and it’s clear they open up and speak from the heart on these 12 tracks. Lyrics about how their mental health issues affect them give way to the theme of needing a strong support system

The self-proclaimed “boy band” opens their first track, “NO HALO,” with a soft guitar melody that flows with their recognizable rap style and thought-provoking verses. Honorable mentions are, “ST. PERCY,” “DEARLY DEPARTED” and “I BEEN BORN AGAIN.” The songs I currently have on repeat are “GINGER,” “BIG BOY” and  “LOVE ME FOR LIFE.” They have an infectious, melancholy vibe and a softness to the beats. The album closes out with “VICTOR ROBERTS,” a tune with heavy-hitting lyrics that leave you with a sort of emptiness and a strong feeling to zone out and stare at a wall for a while.

As a result of Ameer Van being removed from Brockhampton due to sexual misconduct allegations, their prior album, “Iridescence”, was disappointing and paled in comparison to their previous work. The controversy of his absence more than stirred the brotherhood as it was clear they struggled without his strong presence. Nonetheless, the group has definitely redeemed themselves. They go back to their roots a bit as undertones of their Saturation trilogy are evident. However, their growth as a group is obvious as the negative and positive changes of their past are reflected through the sound.

After the release of “GINGER,” Brockhampton pushed out a large array of new merchandise featuring mainly red-colored items in reference to the title. You can find anything from t-shirts, hoodies, shorts, sweatpants, hats, socks and stickers, to air fresheners and jump ropes printed with their new album’s logo. You can find their vision displayed on tangible apparel and other miscellaneous items at https://shop.brckhmptn.com/ .

“GINGER” is available for streaming purposes on Apple Music and Spotify. You can see Brockhampton live on their “Heaven Belongs to You” tour on Nov. 15 at ACL Live at The Moody Theatre in Austin with special guest Slowthai.