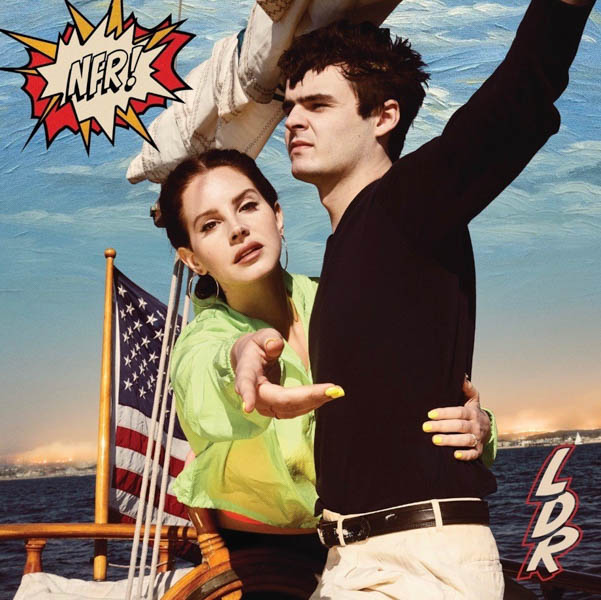 “Norman F*****g Rockwell!” (referred to hereafter as NFR!) is one of those albums that make you want to roll down all of your windows, press play and drive until it’s played in its entirety and all that’s left is silence. Lana’s sixth album produced and worked on by Jack Antonoff, is fueled by humor, cleverness and lightness. It’s clear their strong musical relationship kindled the fire that is these 14 songs. The album title is in reference to Norman Rockwell, a tremendously popular artist born in the 1890s whose paintings largely reflect American life and culture. Lana uses this to make a nod to the theme of an idealized America. Her hollow Hollywood fairytales and heartache filled love stories are sung with such grace and delicacy. This is Lana’s best album since she released “Ultraviolence” in 2014 and a must-listen.

“NFR!” opens with a witty number (titled the same as her album) full of revitalizing piano and sprinkled with humourous stabs at men. The lyrics, “Your poetry’s bad and you blame the news” especially made me laugh. The repeated references of “man-child” show her empowerment and growth of confidence. One of her pre-released singles that I’ve been listening to for a while, “Mariners Apartment Complex,” leaves a sorrowful and nostalgic taste in my mouth. All 9 minutes and 37 seconds of “Venice B****” are a dreamy love story. Suddenly you’re in a long flowy white dress on a California beach with caressing salty winds and crashing waves. The repeated and mesmerizing “Crimson and Clover, Honey” mixed with the psychedelic electric guitar put you in a trance by the end of the song. “F*** it I love you” is a truly beautiful and catchy representation of the album. Lana’s voice is angelique and the lyrics wash over you like a spell of desire. More specifically the line, “I moved to California/ But it’s just a state of mind” haunts the mind, body and soul. Her cover of “Doin’ time” dazzles, and as much as I cherish some classic Sublime, I find myself playing it more than the original. Lana’s heart wrenching “Cinnamon Girl” is powered by strings and long-lasting one-liners such as, “All the pills that you take/ Violet, blue, green, red to keep me at arm’s length don’t work” and “There’s things I want to say to you, but I’ll just let you live.” An immensely honorable mention and one of my favorites is “Happiness is a butterfly” as the lyrics resonate deep and well within me. The album closes out on a somber yet graceful and lovely note with “Hope is a dangerous thing for a woman like me to have.”

Lana has always been a lyrical powerhouse. She doesn’t rely on the music in the background to determine her vision. The foundation of her albums is her soft poetic writing and this time is no different. It’s clear Lana stays true to herself more than ever and plays heavy on her emotions. To be perfectly candid, I love every track included. It’s the perfect record to be played in the background of your daily routine. “NFR!” was released on August 30 and is available for streaming purposes on Apple Music and Spotify. Along with the release of her album, Lana launched t-shirts, a windbreaker decorated with the album art, a vintage set, CDs, vinyl records and cassettes. You can find her new merchandise here.