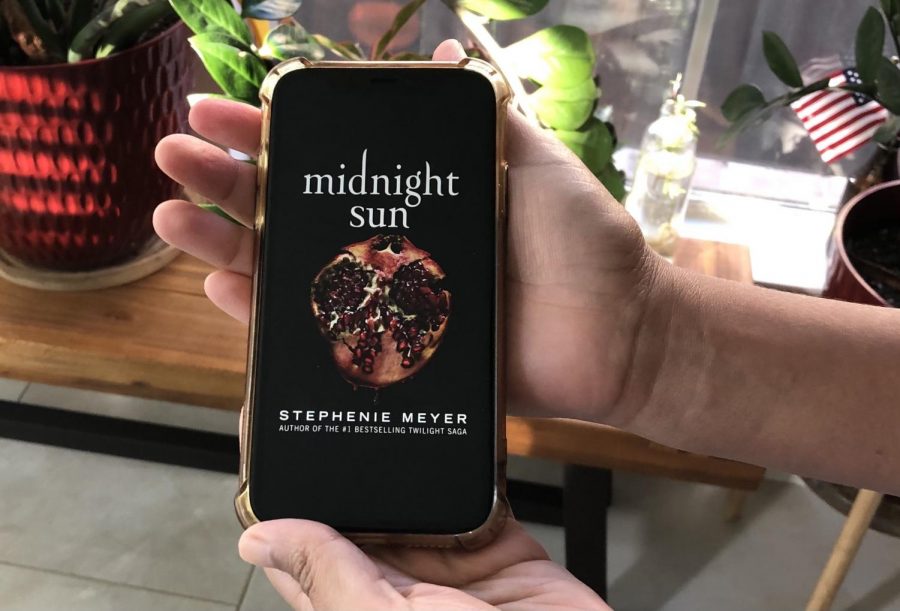 I’ll be honest. I didn’t hate the original “Twilight.” Despite giving rise to every cliche in the 2000s young adult genre, it was the first of its kind and clearly appealed to millions of people, with 100 million copies sold. In 2008, Stephanie Meyer, the author, announced she would be writing a companion novel from the love interest Edward’s perspective. This was met by criticism from fans, who claimed she was trying to milk the “Twilight” franchise for even more money than it had already given her. In August of that year, a sample of her draft was leaked, which upset Meyer and caused her to delay writing it for another 12 years.

In “Twilight,” the reader is told the story through the eyes of Bella, who, despite making questionable decisions at times, is an overall sympathetic and relatable protagonist. She is introduced to this new world of vampires at the same time as the readers, and functions as a self-insert character for teenage girls who read the series. “Midnight Sun” simply follows Edward through the events of the first Twilight novel, with Edward’s inane thoughts somehow stretching the story out over 100 extra pages. The plot is essentially the same as the first book, with a few extra scenes added in, but it is Edwards inner monologue that ruins it.

Edward spends the entire novel whining. He whines about how bored he is in high school, he whines about Bella, and he angsts about his family. The Cullen family’s choice to live in a human town and attend high school also calls their judgement into question as the reader is shown that they could very well be living in some isolated town in Alaska, keeping the humans in Forks safe.

Additionally, when the story is told from Edward’s point of view, this altogether innocent love story shifts into something more sinister and more reminiscent of a watered down horror novel. The bloodthirst Edward feels for Bella, including the instant, graphic description of his desire to murder her the first time he meets her, is the least horrific thing about Edward’s inner narrative.

The horror of this story is that the reader is forced to confront a truth that was easy to ignore in the original Twilight saga: Edward is over 100 years old, holds two medical degrees, and has more than a lifetime of experience, and is, at the same time, engaged in a romance with a 17-year-old girl. He regularly exhibits more maturity than teachers or other human adults whose thoughts he can read. The only thing that makes him 17 years old is his physical body, which does not make it morally right for him to be engaging in a relationship with Bella.

While these are the major issues, they were not the only ones. The writing is poor, and seems like it needed a few more rounds of editing before being ready to publish. The entire novel chapter by chapter follows the original without revealing much more about any of the side characters, making it seem even more unnecessary.

Altogether, “Midnight Sun” is not worth the read, and I give it one out of five stars.