Book Review: Sword in the Stars 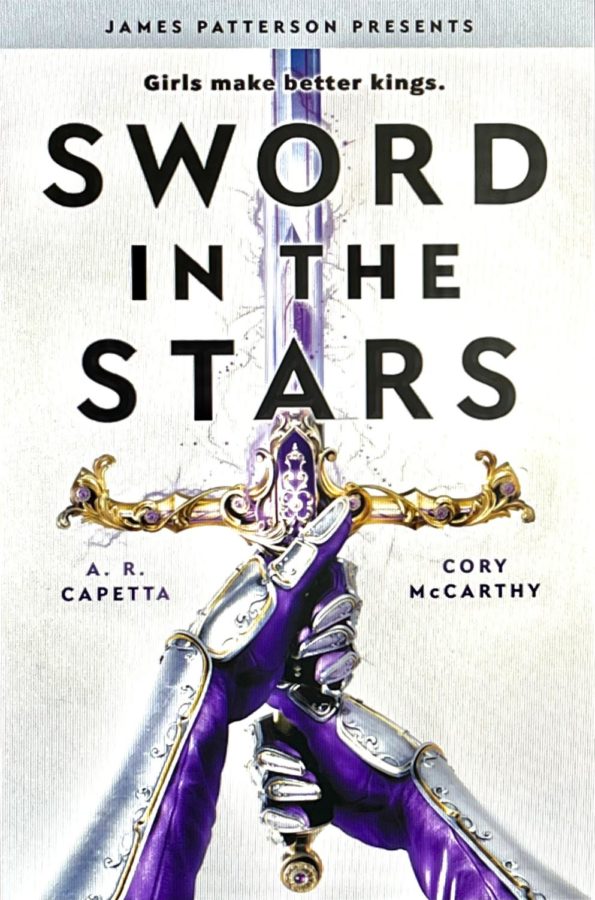 “Sword in the Stars” is A.R. Capetta and Cory McCarthy’s latest book, the sequel to “Once and Future”. Seeing as I read, and loved, “Once and Future” not too long ago, I have pretty high expectations for this.

Ari, Merlin, Gwen, Lam (Ari’s friend), Val (Lam’s brother), and Jordan (Gwen’s knight), go back to the time of the first Arthur to end the reincarnation curse, and also save the universe. This is where things start to get complicated, with our characters accidentally becoming part of the original story.

In the first half, they’re mostly trying not to destroy the original story while also attempting to steal Arthur’s magical chalice. But about two-thirds of the way through, the timeline starts getting messy. That’s when the plot twists start.

This was an amazing sequel, starting almost exactly where the last book left off. That meant it didn’t have a slow start, which was the first book’s fatal flaw. Instead, we were launched right into the action along with Merlin and Ari. And from the beginning, the authors were pulling together the loose threads from the first book, creating unexpected twists. The story also ended well, giving the survivors peace and wrapping up everyone’s stories perfectly. This is one of those series with characters I want to see again.

The only real problem I had with this book was a twist near the end that undid an earlier one. To be entirely honest, I couldn’t be mad at a twist that keeps a character alive. But, as you’ve probably noticed, I like bittersweet endings, something I’d been expecting this book to have. Yet this was still an incredible book, and at this point I’m just being nitpicky.

If you like books with time travel and all the paradoxes that come with it, you’ll love this book. Just make sure to read Once and Future first. Overall, I’d give this book 4/5 stars.