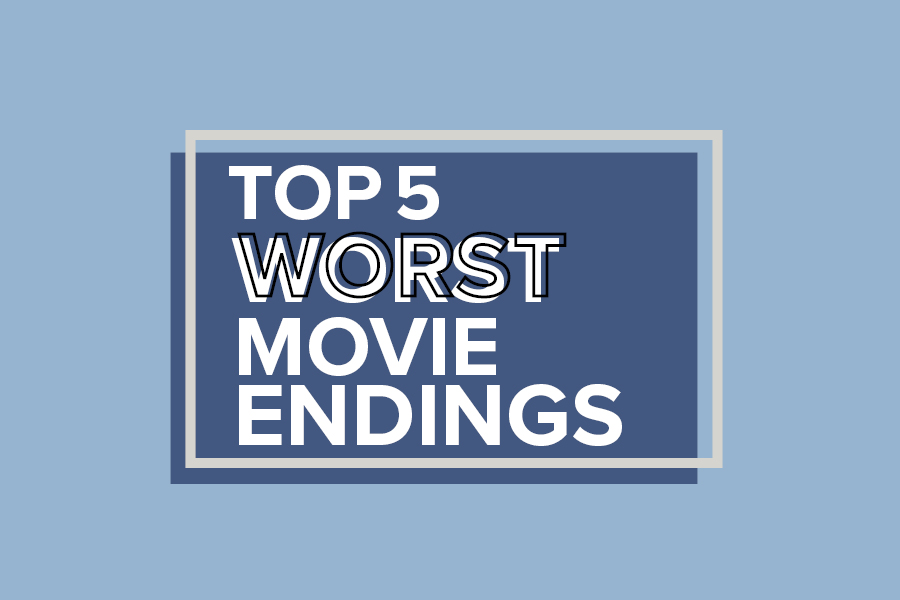 For those who like watching movies, you can agree that nothing feels better than a happily ever after. However, we’ve all had to witness a good film that replaces the happy ending with disappointment or uncertainty and completely ruins the mood and the entire film. So for you poor souls out there who have already seen the endings of these movies, I apologize for not warning you sooner, but for those who haven’t seen these movies yet I’d advise you to skip the ending. Without further adieu, here are the worst movie endings of all time.

“The Forest” directed by Jason Zada centers around the legendary Aokigahara Forest also known as the Suicide Forest located in Japan’s Mount Fuji. It is a place that has been rumored to be contaminated with death and suicide. What drives these people to kill themselves? No one knows, but one of the mythologies is that anyone who dares to explore the forest is tormented by the angry souls living within. Piggybacking off of this mythology, the movie focuses on Sarah played by Natalie Dormer, a young girl who ventures off into the forest to find her missing twin sister. Upon arrival into the forest, Sarah immediately becomes a victim of the souls, hallucinating and causing harm to herself. After all she went through to find her sister, you can’t help but hate the ending of the movie. Through gushing arms, hallucinations, mind games and everything else that will haunt the dreams of those who watched it, Sarah finds her sister only to end up killing herself when she can’t distinguish reality from delusions. The sister escapes scot-free, but Sarah ends up being killed by the demons and self-harming illusions trying to cut the fingers of her dad’s ghost. The movie had built up so much suspense only to end with a lame and unsatisfying ending.

While on vacation in Mexico, sisters Lisa, played by Mandy Moore, and Kate, played by Claire Holt, decide to go watch sharks in a diving cage at the nearest ocean. However, terror strikes when the cable breaks and the cage goes plunging 47 meters below the surface of the ocean. To add to unfortunate circumstances, Lisa and Kate must try to get to the top, while trying to avoid the great white sharks. The ending was an absolute prank. Directed by Johannes Roberts, the movie showcased Lisa and Kate escaping to freedom, after finally being saved by a rescue team pulling them up to the ocean, and just when we were happy to see Kate back healthy and alive after we thought she had been mauled by a shark, the directors said, “April Fools! Just kidding, Kate’s really dead and it was all a hallucination.” In the end, Lisa wakes up from her daydream and escapes to the surface alone leaving Kate in the digestive system of the Great White and as a distant memory.

With a group of mysterious creatures on the prowl, a family must live in solitude and silence to avoid falling victim to these hunters of sound. To protect themselves and their children, Lee, played by John Krasinski who also directed the movie, and Evelyn, played by Emily Blunt, must find a way to kill them while getting ready to birth their new child. When the arrival of their child doesn’t go as planned, Lee and Evelyn must fight back against the creatures who have now discovered the family. Throughout the movie, Lee had been working on a hearing aid for his deaf daughter, and the device proved harmful to the creatures. His daughter Regan, played by Millicent Simmonds, scared off the creatures multiple times with it, however, when a creature goes after her and her brother for a final time, the monster almighty doesn’t seem to be affected by the device. Instead of making noise somewhere or averting the creature’s attention away from the car in a wise and tasteful fashion, the father screams senselessly and unnecessarily sacrifices himself to save his children. Just after the father dies, Evelyn and Regan use the device to stun the creature and kill it, and the movie ends with multiple creatures running toward the house. The death of the father was unrealistic and impulsive. The fact that in the whole movie, they could get the creature to run away simply by throwing something or using the device to distract them, yet couldn’t seem to stir the creature away from the car was so ridiculous that it was insulting.

When a group of college friends travel to Mexico, a stranger named Sam, played by Landon Liboiron, convinces the group to play truth or dare. However, upon the arrival of their return, the friends begin to have strange encounters forcing them to play the game together once again, and if anyone breaks the rules they die. With multiple deaths throughout the movie, Olivia, played by Lucy Hale, tries to find a way to end the game without having to spread the demon to other people. However, this attempt fails, and instead of Sam cutting out his tongue to get rid of the demon and save humanity from having to play the wicked game, Olivia asks the world truth or dare on her youtube channel on live allowing for the demon to haunt everyone who’s viewed her video and leading to a never-ending game of truth or dare. The ending of the movie as directed by Jeff Wadlow leaves the viewers with many unanswered questions and ultimately unsatisfied, yet it could’ve been much better had the directors really thought about what would leave a lasting impression.

From the movies “Unbreakable” and “Split” comes the movie Glass directed by M. Night Shyamalan, bringing back our favorite vigilante David Dunn, played by Bruce Willis, and the Beast otherwise known as Kevin who is a deranged man with 23 personalities played by James McAvoy. Being given superhuman strength, both men have been portrayed as a threat to society, and end up being incarcerated into an institution where they meet criminal mastermind Elijah Price played by Samuel Jackson. All trying to become free of bondage, they begin to formulate plans to break out. However, Price had other plans to expose the superhuman abilities of the Beast and Dunn to the world which Dr. Ellie Staple, played by Sarah Paulson, had so desperately tried to get rid of. Despite Price’s ability to always be one step ahead and ultimately being able to have the final say, all three men were brutally killed and disposed of as if they were nothing. Each person’s weakness was exposed overall making them look powerless and demolishing any excitement that could possibly remain in the film. The ending, yet another disappointment, was very disheartening leaving us to mourn for our villains and vigilantes, overall leaving everyone who walked away from the movie with distaste.