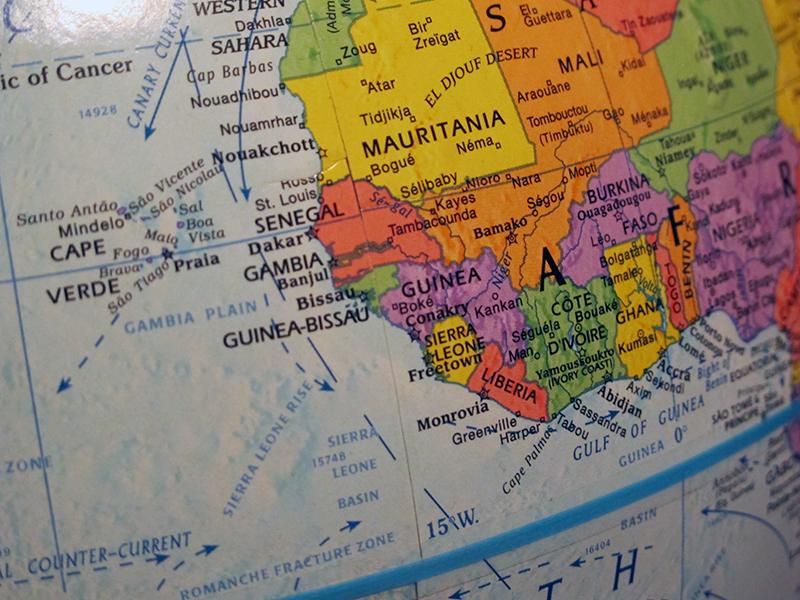 This region is the area in Africa that was affected by the disease. Sierra Leone has had 3,995 deaths from ebola.

The first person infected with Ebola entered the U.S in Dallas, Texas sparking mass amounts of panic around the nation on September 30, 2014.

Thomas Duncan entered the United States from Liberia on September 26, 2014 showing no symptoms for Ebola, but 2 weeks later he died in the Texas Presbyterian Hospital of Dallas from the virus. The news blew up with reports about the possible spread of the disease that scared the public and set off many rumors. Here on campus there was worry that it might even spread to the school because of news that a man from Georgetown traveled on the same plane as a nurse who was infected.

“I was pretty nervous with the way it was spreading and how dangerous it was,” sophomore Lauren Pohl said. “Then when the disease may have traveled to Georgetown it was even more dangerous.”

But the news and people exaggerated the spread so much more than was probably needed. Ebola is transmitted through bodily fluids like blood not by just touching the infected person or being near them. If you are infected and don’t have the absolute best medical attention, then yes it is hard to survive that. The United States however has some of the best medical attention in the world. Also only one man died from Ebola and it’s because he came from Liberia one of the places the disease probably affected the most. The news used the circumstances to make a good story, however it wasn’t an issue that was so dramatic in the United States.

“Our healthcare system compared to Africa’s is drastically different,” sophomore Ellie Butler said. “We also have a lot more resources, like running water that allows us to be more clean which also keeps the spread of the disease under control.”

A year ago this was a big concern for students on campus but after a month or two the news on the Ebola outbreak lessened and lessened. Now you very rarely hear about the issue, so what is the news about Ebola around the world and in the U.S now? In West Africa in the week of September 21st there were only 4 confirmed cases of Ebola compared to the 3,792 new cases reported on October 29th last year. In the United States there are no cases of Ebola at all. “This disease can be contained,” President Barack Obama said at a press conference regarding the Ebola issue. “It will be defeated.”