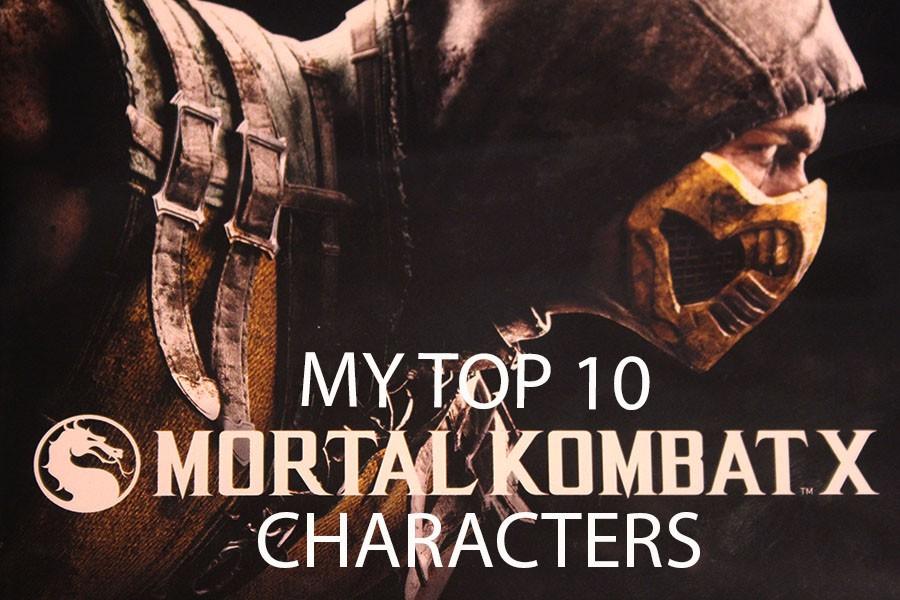 With my review of Mortal Kombat X out, I still have a few things that I wished I talk about. That being said, what’s a fighting game without fighters? Mortal Kombat has a huge cast of amazing and replayable characters. With 25 combatant in the game, it’s hard to decide who to play with. So, after playing with all the fighters, here’s my list for the top 10 Mortal Kombat X characters.

10. Ermac- Made by sorcerer Shang Tsung and completely made out of thousands of souls, Ermac is a character that has really cool variants and can deal a lot of damage. The only complaint I have with him is that he is really slow and his combos can be a little difficult for new or even more experienced players.

9. Mileena- Mileena is the daughter of former leader of outworld, Shao Kahn, and leads the rebellion against the new leader of Outworld, Kotal Kahn. She is extremely easy to combo with and she is really fast. Her variants however are very average and here abilities are really difficult to master.

8. Raiden- Former elder god and protector of EarthRealm, he is a wise master that will do anything so save his friends. He has really flashy moves and they are really easy to pull off. Raiden suffers from that most of his best moves are split into his different variants and this eliminates a lot of his combos. You can still make new combos, but it’s still very questionable.

7. Kitana- The daughter of Queen Sindel and step daughter of Shao Kahn; she is extremely fast, does a lot of combos and is pretty easy to master. Sadly, she doesn’t do a lot of damage, so you have to be really quick if you want to beat your opponent.

6. Scorpion- After being resurrected by sorcerer Quan Chi, Scorpion has wanted revenge against the Lin Kuei ninja, Sub-Zero, for killing his entire clan, his wife, and his son. He is really fast, good combos, good variants, and has an awesome attack, which has been his trademark since 1992, the spear.

5. Johnny Cage- Action star Johnny Cage is a defender of EarthRealm. He’s extremely cocky, has a loud mouth and makes puns all the time. If you can master him, he can deal massive damage and has one of the best fatalities in the game. With his trade mark nut punch, you’ll have lots of fun with Johnny.

4. Sub-Zero- After his entire clan was turned into robots and tried to destroy EarthRealm, Sub-Zero wanted to clear his clans and his older brother’s name and turn his clan, the Lin Kuei. He has really unique variants and his moves are really easy to combo off of. He can take a lot of hits and dish out the same.

3. Erron Black- Born 150 years ago and being kept alive by Sorcerer Shang Tsung, Erron is an expert marksman and one of the most deadliest combatants in all of Outworld. His variant called Outlaw makes up for his lack of short range melee and all of his special move like his grenades, sand, nails, and his revolvers makes him really hard to predict.

2. Takeda- Son of Kenshi and trained by legendary warrior, Scorpion, Takeda is a really fast fighter that has a lot moves that resemble his master Scorpion, but his moves are more advance and can combo really easy. Takeda fatalities are really gruesome, but at the same time unique and really easy to pool off.

1. Kenshi- a rouge ninja that possess the sword that lets him talk to his past ancestors and he also has psychic abilities. He has a strong hatred for the sorcerer Shang Tsung who made him blind, but thanks to his sword, his ancestors still let him see if he’s holding the sword. He has great keep away, close and mid-range attacks, easy to combo off of and in my opinion has the best fatalities in the entire game.