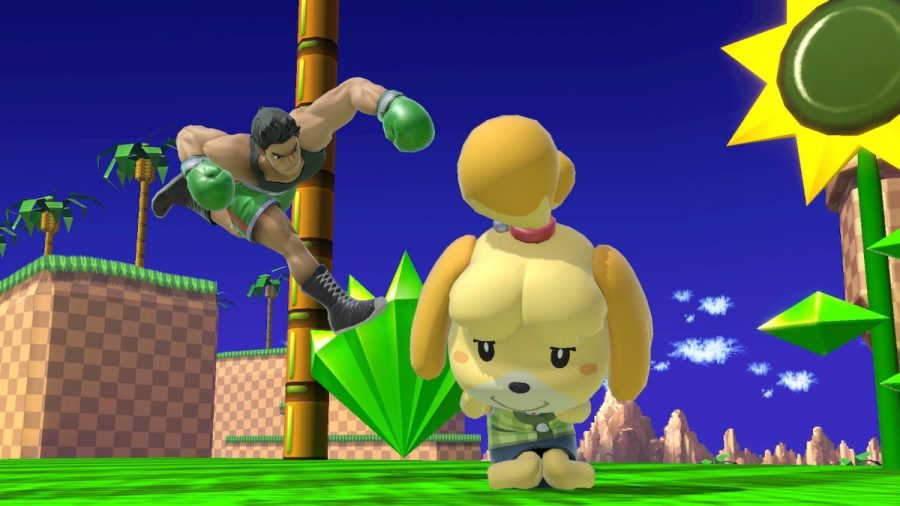 After 9 months of waiting, the popular fighting game series Super Smash Bros. has finally made its way to the Nintendo Switch. It boasts a load of new content, most prominently the inclusion of every fighter from all previous entries to the series.

The game plays like every other entry in the game: the goal is to knock your opponents off the stage. Fighting is easy to pick up and learn, but difficult to master, offering a decent and entertaining skill-building experience. There is a total of 74 characters to play, each of which have their own unique capabilities. The process of unlocking them is executed beautifully, giving the player a nice sense of progression.

One of the main modes of the game is the “Smash” mode, which throws you right into a game with a CPU, amiibo, or another local player. This mode is great if you just want to fight, with no story or  getting in the way.

This particular entry offers a new collectible called “spirits”, which replaces the trophies from the previous games in turn for items that give you special powers in battle. They can be earned through playing the main story, “World of Light”, and also through the “Spirit Board”.  You earn them by playing against CPUs, which offer difficult battles for players. This mode is great for collectors and those who are looking for a challenge.

By far the weakest mode in the game is the online mode. In this, you play against other players throughout the world online. It plays just like smash mode, and when it works, it is a lot of fun. However, in its current state, lag is prominent. Matches can take forever to finish due to shoddy connections, and it occasionally becomes unplayable, due to the sheer amount of freezing. Until these issues are fixed, it’s better to play offline.

Overall, Super Smash Bros. Ultimate is a solid entry to the series. It has a ton of content that will keep the player going, and playing it is a blast. However, the mode that many players have anticipated the most is simply too broken to have any recreational value, bringing down the experience a little. You can get this game at any game store or on the Nintendo Eshop for $60.

Although there are a few hiccups, there is much fun to be had, earning the game a 4.5/5.