Must see live performances at ACL 2019

Whether attending ACL weekend one or two, these artists are unmissable 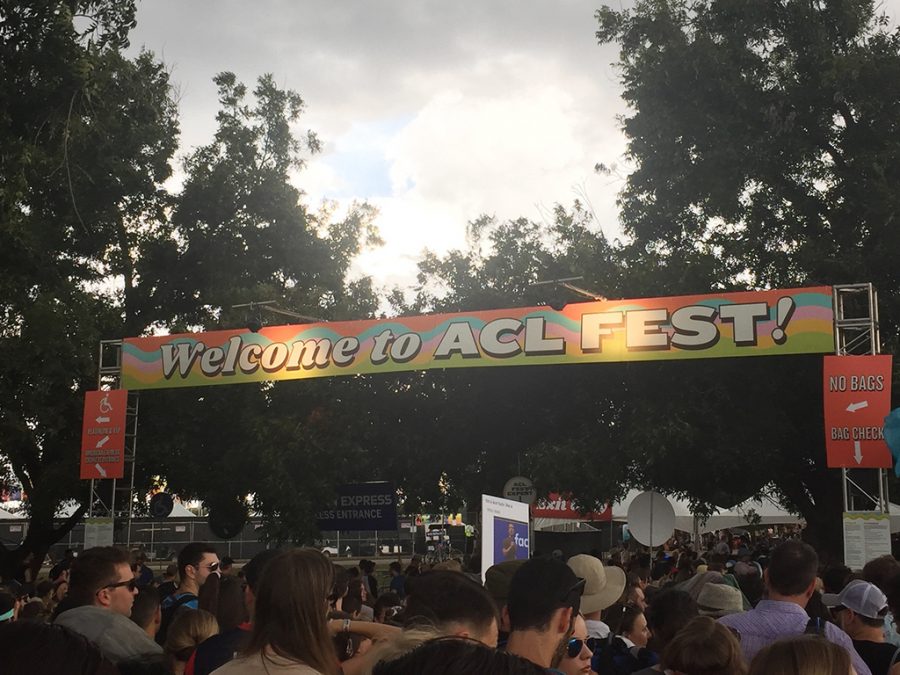 I saw Tame Impala live in the summer of 2018 when I attended Float Fest. No artist or band I’ve seen has yet to top their performance. Formed in Australia, Tame Impala is more of a one man band as mastermind Kevin Parker, sings lead, produces and writes. The skillful use of psychedelic visuals, lively with color, flows effortlessly with their mesmerizing guitar and keys. I’m hopeful for a new album drop before ACL due to their recently released singles, “Patience” and “Borderline”. Overall, I highly recommend not missing this band.

The Cure originally formed in 1976 as a punk band that went against the popular and mainstream music. They went on to write alternative and rock albums that even featured pop music.  A feeling of nostalgia is inescapable when the first chords of “Just Like Heaven,” “Friday I’m in Love” or “Lovesong” are struck. They’re timeless and classic top hits. Simply put, The Cure is a must-see before one dies (or before they die) type of band.

Childish Gambino is no stranger to ACL as he rocked Austin in 2014. However, redemption is the key for Childish Gambino as he takes to the stage in October. He was scheduled to perform at ACL in 2018 but he pulled out due to an injury. His different approach that incorporates his experience in comedy to rap music is intoxicating. Gambino makes cultural, political and artistic waves. Thought-provoking lyrics and real emotions fill his songs in contrast to the majority of mainstream modern day rap that’s often riddled with mumbling and adlibs. He’s the biggest rap name at ACL and deservingly so. I know he’s going to put on a great show and I can’t wait to see what his setlist turns out to be.

This band is a classic must-see. Guns N’ Roses formed and flourished in the ‘80s, basking in the glow of rock n’ roll. Everyone most likely recognizes their widely known name but might not know their music. I guarantee you know their most popular hits, “Welcome to the Jungle,”  “Sweet Child O’ Mine” and “Paradise City.” If not, inquire people born back then such as parents! Hopefully, if this isn’t convincing, they can be. This is another must-see before one dies (or before they die) type of band. Witnessing their famous electric guitar shredding is a once in a lifetime opportunity.

Impeccable DJ RL Grime is going to play one of the best sets at ACL. His largely popular Halloween mixes are legendary. My personal favorite is Halloween VII. Whether he’s going to play his original songs or his mixtapes, it’s going to be the place to be. RL Grime’s pounding EDM waves will send a shock through the crowd and have everyone dancing. I suggest listening to more of his Soundcloud mixes to prepare rather than his Apple Music singles.

Lizzo took the trend “hot girl summer” and ran with it. She oozes self-confidence and produces anthem after anthem for girls and boys everywhere to just go out, be yourself and have fun. Lizzo’s iconic hit “Truth Hurts” released in the summer of ‘19, took the world by storm. The urge to get on the dance floor with all of my friends is unavoidable when one of her songs plays. Her hilarious and painfully relatable tunes about men top, not just charts, but people’s heartbreak playlists. In addition, her pipes are no joke and she often wildly plays the flute when she performs. A good time that’s showered with positive energy is guaranteed at her set this year.

Kacey Musgraves is not a typical country artist. She takes a more delicate approach that differentiates from mainstream and original country music. In her latest album, “Golden Hour,” Musgraves incorporates upbeat modernized pop. Her performance is going to be mellow so perhaps it’s a good resting point for one’s festival group. She is one of the few country artists that I admire and listen to. If one is not the biggest fan of country music like me, but willing to broaden their horizons, I’d recommend giving Musgraves a chance.

Kali Uchis’ albums are full of love, heartache, personal struggles and bops. Her vision of self-improvement and empowerment is clear. She’s grown a lot as an artist and a person. I’ve been to two of her concerts and they’re a lot of fun. Uchis is a captivating performer who radiates promiscuity and positivity. Her American-Columbian heritage pride shines strongly through her music and stage presence. Listen to her latest album “Isolation” for a peek into her talent. Who knows? She might even bring out one of the many popular artists that she’s collaborated with!

Kaytranada is a DJ from Canada who knows his way around making music. His hard-hitting beats mix well with the powerhouse artists that sing over his tracks. Kaytranada puts his own spin on electronic music by including R&B and soul on his tracks making it more like house music. It’s the perfect dance music for one’s festival group. For a taste of his vision listen to, “GLOWED UP (feat. Anderson .Paak),” “LITE SPOTS,” “LEAVE ME ALONE (feat. Shay Lia)” and “Dysfunctional.” He has the ability to make the crowd glow so I highly recommend going to see him tear it up.

You can purchase tickets to the 2019 ACL Festival here.