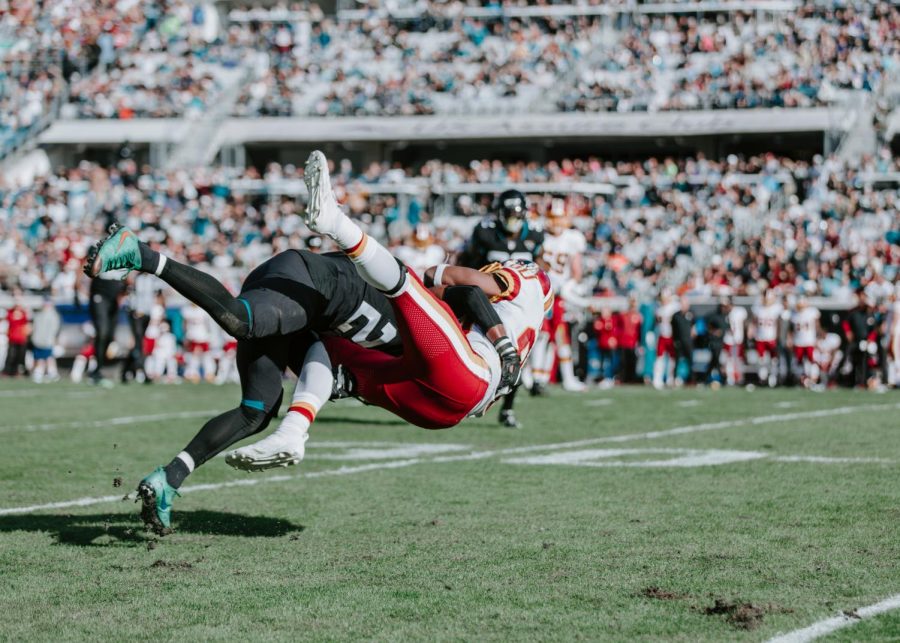 The NFL free agency period has now ended with many new faces in new uniforms for the 2019 season. Some teams found great replacements for roster spots while others have us scratching our heads. Here are the five biggest winners and biggest losers in NFL Free agency.

The Browns were a clear winner in free agency trading for one of the NFL’s best receivers, Odell Beckham Jr. The LSU wide-outs Jarvis Landry and Beckham Jr. will reunite with current quarterback Baker Mayfield to make an excellent passing game. The Browns also signed DT Sheldon Richardson to be alongside Myles Garrett who will both be dominant forces on the defensive line. The Browns went from laughing stock of the league to serious playoff competitors, but it’s up to Jim Dorsey and the coaching staff to put it all together.

Loser: New York Giants: The biggest team that left us scratching our head would definitely be the Giants. Not only did they trade Beckham Jr. after just signing him to a new contract last season and let position Landon Collins go in free agency, but they replaced them with veteran receiver Golden Tate and young but unproven safety Jabrill Peppers. The Giants need to find a way to take the pressure off Saquon Barkley next season and signing a 30-year-old declining receiver will not do the job. On top of this, the Giants must address their awful offensive line in order to help keep Eli Manning from getting hit every play.

Winner: San Francisco 49ers:  As a die-hard 49ers fan I can for sure say that there is a bright future ahead if the team can stay healthy for an entire season. The 49ers significantly improved their defense by adding pro bowl outside linebacker Dee Ford and inside linebacker Kwon Alexander. Ford was a premier threat off the edge last season with the Chiefs and I hope to see him continue to be a great pass rusher for years to come. Kwon Alexander has many people skeptical because of a torn ACL last season(http://www.nfl.com/news/story/0ap3000000977409/article/bucs-kwon-alexander-torn-acl-out-for-rest-of-season)

and a low Pro Football Focus rating of  59.1 (https://www.profootballfocus.com/nfl/players/kwon-alexander/9557) which is average. On top of this, they also signed RB Tevin Coleman from the Falcons who will be reunited with Kyle Shanahan, his former offensive coordinator in Atlanta.

Loser: Washington Redskins: Instead of filling major roster holes like a wide receiver, running back, and inside linebacker, the Redskins decided to sign safety Landon Collins to an absurd seven-year, $84 million deal. This sounds like a great deal on paper, but they could’ve got much better safeties for a much cheaper price like Earl Thomas or Eric Weddle. Not say that Collins is a bad player, but he would have to form back to the pro bowl caliber safety we saw back in 2016 in order to be worth all the money he’s just earned.

Winner: Jacksonville Jaguars: For the past two seasons, the Jaguars have had a championship ready defense but a huge lack of consistency in the quarterback position that could lead them there. Now that the Jags have finally moved on from Blake Bortles, this could hint to a new era in Jacksonville. They signed Nick Foles to a four year, $88 million deal, solidifying the Jags to be a true playoff contender. Foles has big expectations to get this team to win now, and after leading the Eagles to a championship run, he looks to play the part to get the Jags to their first ever Super Bowl.