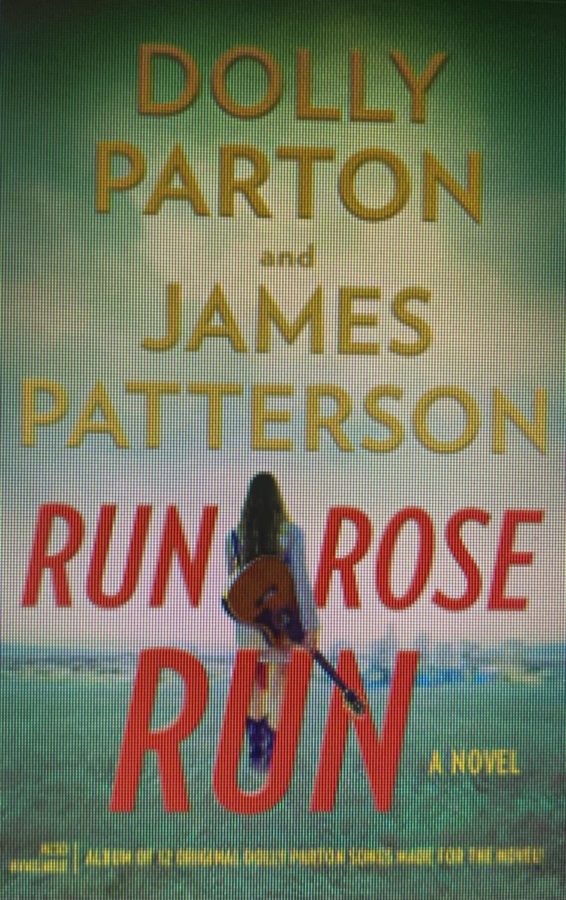 “Run, Rose, Run” is a recently released novel by bestselling author James Patterson and country music legend Dolly Parton. The book follows AnnieLee Keyes, a broke, homeless musician, striking out on her own in the capital of country music: Nashville, Tennessee. She finds herself playing in local bars before being discovered by fictional country music legend Ruthanna Ryder (an obvious stand-in for Parton), who takes Keyes on as her protege. Yet despite all her good luck, Keyes’s past still haunts her, following her into her new life.

First of all, this book isn’t just a book. It’s actually a multimedia venture by the two co-authors. “Run, Rose, Run” is a book following the story mentioned above, a podcast acting out the story, available on Spotify, and an album based on the songs in the story. However, this is a review of only the book. I have not listened to the podcast or the Dolly Parton album. My opinions are based solely on the written word.

Let’s start with what the book does well: the characterization. The main characters are likable, and you want to see them succeed. Similarly, all the villains of the story can easily be disliked. The reader is also able to learn the backstories of the three main characters in each of their point-of-view chapters, providing context for their actions.

The novel itself is fine. The story is well-trodden territory: a down-on-their-luck musician with a tragic backstory and a massive amount of talent is discovered by an industry veteran who leads them on their way to stardom. It’s nothing that hasn’t been done before, and I can’t say that this story does it any better.

The biggest issue I have is the ending. I feel like it was from the wrong character’s point of view. The story seems like it’s leading up to things going one way, but then the ending itself doesn’t really match up and follows the actions of the love interest, Ethan Blake, instead of the main character of the story, AnnieLee Keyes.

Overall, this wasn’t a bad book, but it wasn’t particularly interesting or memorable. Recommendation-wise I’d say if you’re a big James Patterson or Dolly Parton fan, go ahead and check it out, otherwise, you could probably find similar stories that you’ll find more interesting. I’d give “Run, Rose, Run” 2.5/5 stars, split right down the middle.