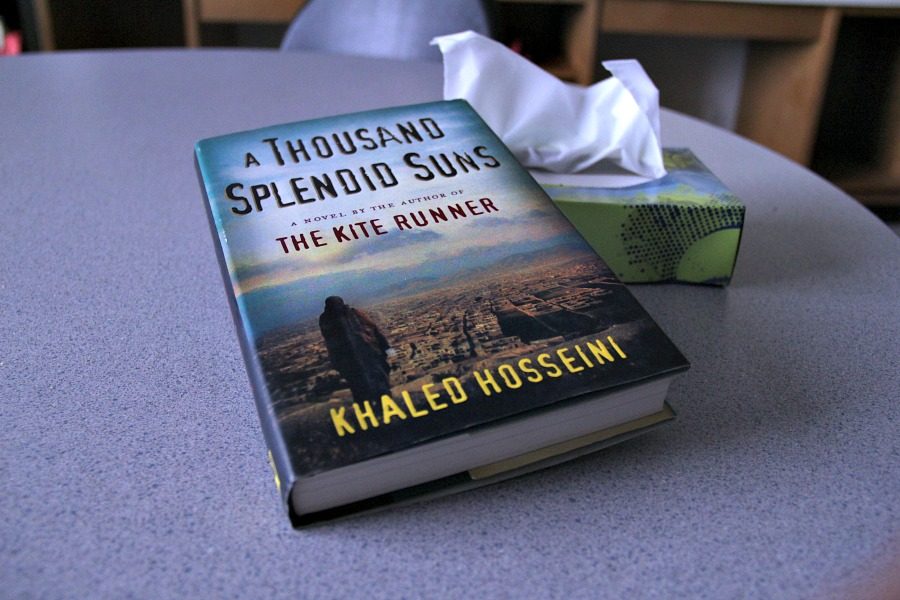 “It’s very good at getting you invested in the characters,” AP English IV senior Natalie Ditsler said. “It grabs your attention and doesn’t let it go.”

Kabul based author Khaled Hosseini released his second novel, A Thousand Splendid Suns back in 2007. And as the AP English IV students recently finished it, the book has left many with a flurry of emotions.It is based in Afghanistan from 1974 to 2003 and follows the gut-wrenching and thought provoking stories of Mariam and Laila through their struggles of being women during the beginning of the Taliban reign in Kabul. The fiction novel brings attention to a different vision of Afghanistan than that is presented in America in a way that has readers enticed and anxiously nervous to find out what will happen among the modest foreshadowing clues that are dropped like snow across the entirety of the story. As this story had made many cry, discuss and warm their hearts with its stunning originality, it has earned itself a 5/5.

The story progresses in shocking and unpredictable yet memorable beats, and it enables any reader to delve themselves within the interchanging stories, politics, weather, people of Kabul and the distinctive struggles of the two main protagonists, Mariam and Laila. However, as all of the characters are product of their timely environment, which can be taken as the antagonist, each character is unique and honest to the worst and normal parts of the Afghani culture alongside the customs that the reader is introduced to. And while the book drops the reader smack-dab in the middle of 70’s Afghanistan, it raises the thought of how a country viewed by America as terror and terrorists, but is just as a victim than any other country facing civil dispute and warfare.

As a popular topic in today’s modern society, a sense of feminism is brought forth to the reader throughout the book. While these characters are faced with the most unique yet, knowingly true, forms of torture in that of physicality and mentality we are able to see them grow as individuals and as women faced in a society and culture where freedom dominantly comes from the male perspective. However, we are able to see Mariam, Laila, and other surprise characters similarly develop in character and choice with influence of their innate characteristics to their gained experiences. This book truly takes the reader on a ride and entices the senses to weep, cheer, shout, and as I did, throw the book across the room.

This novel had made itself prominent in the face of many other fiction stories. With it’s captivating diction and expression to support a story that brings light to the negative vision of Afghanistan that many may have, this book could be considered something very important among today’s youth and political combatant views. All in all, it is well worth the read and well worth the thousand splendid and not so splendid emotions it summons.