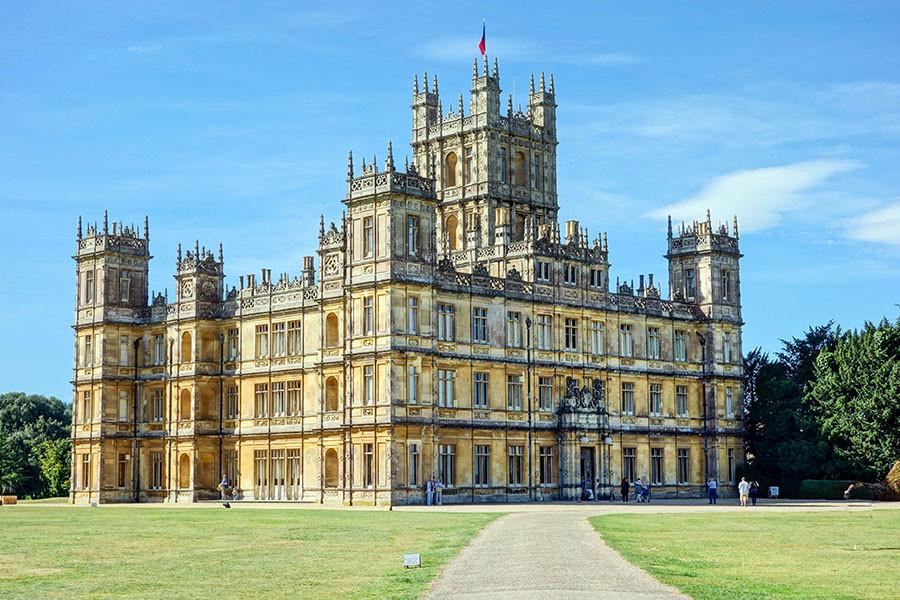 PBS premieres a new episode of Downton Abbey every Sunday at 9/8c.

WARNING: This review contains many spoilers; READ AT YOUR OWN RISK!

Carson best summed it up in the season 5 trailer when he so eloquently said: “I feel… a shaking… of the ground I stand on.”

The award-winning British drama that has enchanted the world since 2010 is finally back in the U.S. for its fifth installment, and its season premiere did not disappoint. (I personally found myself gasping at multiple scenes, but maybe that’s just because I’m a British-television junkie.)

We are now in early 1924, nearly 12 years after our story began. It’s almost incomprehensible to look at how our characters, and Downton itself, has changed. To begin, we hear of the general election of the Labour government’s first prime minister into Parliament. This leaves the Crawley family, as well as every noble in England, in a tizzy, wondering what is to become next of their class.

Meanwhile, England still feels the repercussions and heartache that World War I has left behind, causing the local council members to want to put up a war memorial in remembrance. When Lord Grantham, Robert, expects the council to request he be the chairman, he is left stunned when the respective council turns and asks Carson, the head butler, to be the chairman. Carson eventually agrees upon Robert’s insistence, and then later tells the council he will only do it if they make Lord Grantham the patron.

Still no word on the missing Michael Gregson, who traveled to Germany to get a divorce from his first wife back in season 4. Lady Edith still yearns and hopes for his return, while she is forced to watch their illegitimate daughter, Marigold, be brought up by another couple in the village, the Drewes. Edith’s frequent visits to the family have begun to make the wife suspicious of her intentions. Marigold is so sweet, and it’s easy to see Edith’s love and devotion for her. While Gregson has been missing for about two years at this point, I do hope that he is found. Edith deserves some happiness, in my opinion, after having to put up with Mary’s incessant cruel remarks for the past four seasons.

This brings us to the show’s main heroine, the ever-calculating, cold Lady Mary Crawley. Two years after Matthew’s tragic death, we find her eager to marry again, and it would appear now that Lord Gillingham, Anthony Foyle, is a beau who has caught her eye. I’m happy to see that Mary has come out of her fog; personally, I’m still not quite over Matthew’s death, so I find their chemistry a little awkward and hard to believe.  Tony is handsome enough, though, for sure, and he seems to treat Mary kindly, so  one can’t begrudge Mary wanting to get on with her life while she’s still young.

Speaking of young, we’ve finally gotten to meet toddlers Sybbie and George! They’re absolutely adorable, especially when Sybbie calls her grandfather, Robert, “donk:” short for donkey, for when Lord Grantham played  ‘pin-the-tail on the donkey.’ Every time I look at George’s blond hair, it reminds me of Matthew, so I applaud the casting directors for their child actor choices.

We’ve learned that Ms. Baxter, who has been Cora’s (Mary and Edith’s mother) lady’s maid for quite some time, has a dark past. Tom Barrow, the show’s favorite “antagonist,” keeps threatening to tell Cora what it is unless Ms. Baxter reveals a secret about the lord’s valet, Mr. Bates. When I heard that Baxter was a thief, I honestly didn’t want to believe it. I think there is more to it than Baxter is willing to give up, definitely. I also wonder if this will change the relationship she has with Mr. Molesley. Only the next few episodes can tell for sure…

Robert and Cora have also celebrated their 34th wedding anniversary by having a small party at Downton Abbey. It’s sweet to watch how fond they can be around each other, but lately I think Robert is starting to be a bit apathetic towards Cora. While Cora may be in fact older, I still think she’s very beautiful and desirable. I suspect trouble in late episodes to test the strength of their bond. If only Robert wasn’t so thick-headed sometimes.

Of course, the ultimate climax in the episode was when the party was broken up by the fire that happened in Edith’s room late at night. Lesson learned: don’t get angry and throw books at open flames.

Julian Fellowes has taken his masterful script-writing skills and turned his story line into one of the most intricate dramas to ever hit the screen. Hopefully, his plot line will thicken into a satisfying ending. Until then, all we can do is wait for next Sunday.