You are a kite dancing in a hurricane, Mr Bond. 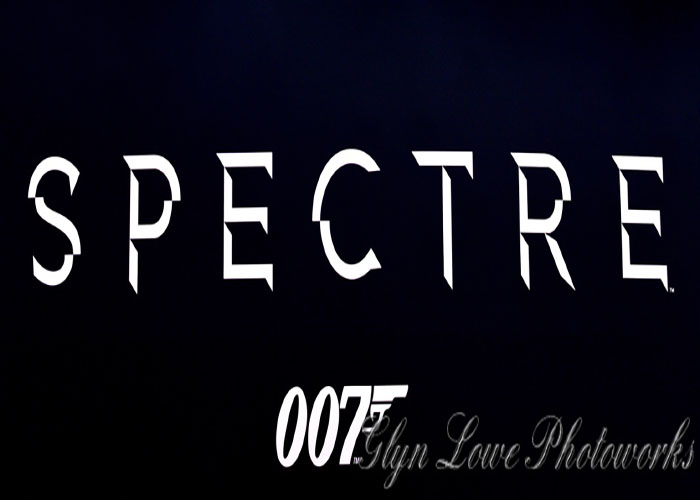 The title card for the new film. It stars Daniel Craig, Christoph Waltz, Léa Seydoux, and Ralph Fiennes and is rated PG-13.

by Kyle Gehman and Garrett Gage

From Britain with love comes Spectre, the newest of the 23 films in the Bond franchise. It has a view to a thrill and shows the audience that this franchise, like diamonds, is forever and every time there is a new film it strikes like thunderball. And luckily it makes us want to die another day instead of in the theatre. With some amazing cinematography, great acting and action, though with an underdeveloped villain and organization give this movie a 4/5.

The first thing that is noticeable in the film is the gorgeous cinematography, especially in the Austrian mountainside. The sweeping shots of the snow glistening in the sun is absolutely stunning, making it more so with the smooth sixty frames per second. Another thing is the humor, once again returning to Bond films. Yes, it was in Skyfall, but in Spectre it feels more Pierce Brosnan and Roger Moore than Craig which for me is a nice change of pace. The constant set change is nice, as it gives Spectre an identity using exotic locals like Mexico City and Morocco rather than doing what most movies do and sticking to Paris, New York or other big typical cities. Also the plot is changed up from past Bond movies, but still has the classic ideas and moments.

However, this film does have some downsides. It tries to connect the previous three films to it, but the connections of Skyfall to Spectre is flimsy at best, kind of like they just put Skyfall in there because it was the most recent Bond film. With humor returning, as does the gadgets and absurd fight scenes, which while normally working for other Bond films, Spectre feels extremely unrealistic.

The organization, named Spectre, is a nice revival from previous Bond films but doesn’t quite match up with its counterparts. In this both the main villain and the organization feeling underdeveloped and underutilized, leaving us wanting more of the villains.

Spectre, even with those slight annoyances, is still a fantastic film. It has a license to thrill, and is something you shouldn’t say Dr. No to.