Cry Baby singer's style cries out from among the crowd 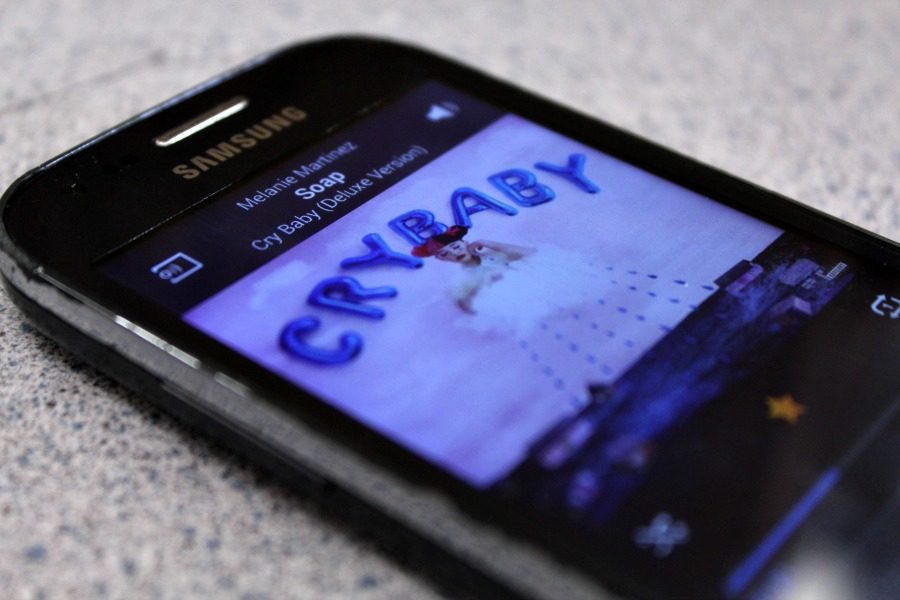 Melanie Martinez’ single Soap. While not on the original soundtrack, it is featured on the deluxe version.

Officially making her mark on the third season of singing competition show The Voice, 21 year old and New York based musician Melanie Martinez has steadily earned her place through the past four years as a well known electropop, dark-wave artist. Alongside her uniquely themed songs that tend to resonate with more realistic views than what is shown, individualistic appearance and appeal, Melanie Martinez as an artist with a distinctive sound has earned a 4/5, with an extra point lost for her sound being a bit too repetitive occasionally.

Earning many top positions on Alternative and Pop Digital song charts in the past, her most recent success being back in August of 2015 when her album Cry Baby was released and debuted at number six on the Billboard 200 with the music video for Cry Baby being released on March 14 of this year with a little over 12 million views on YouTube. Although her music tends to be themed around that of childlikeness and baby titled songs, the lyrics are anything but. Whilst following a dark-pop tune, they compare the simplicity of childhood to the complex darkness that tends to surround adulthood and the facing of reality under difficult situations.

Martinez’s appeal has the potential to expand to a broad audience by this, but also by how stand-outish her sound and iconic appearance is. Although after listening to her songs on replay, one may tend to come across a similar tune that makes it hard to distinct some songs from others. This does not negate her ability to convey a bundle of serious messages dealing with internal struggles and mental illnesses, the mask that society has innately placed upon people and families contrasting to the underlying truth of what goes on behind closed doors, and the struggles and conflicts of romantic relationships among many other topics.

With her singular and noteworthy sound and lyrics produced in media, Melanie Martinez is steadily gaining traction into more popular and mainstream media and is bringing her Bbies, the name of her loyal fan base, along with her.