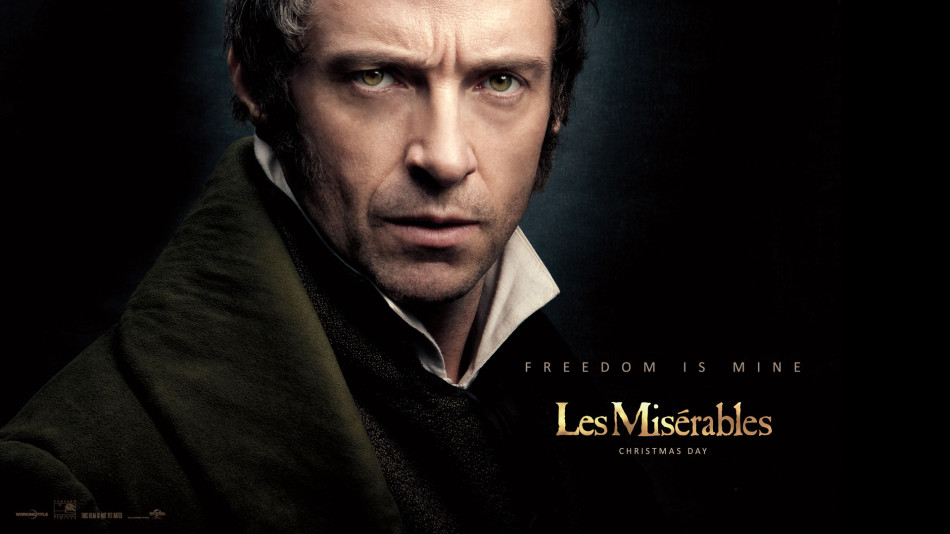 Les Misérables is a depressing but excellent musical definitely worth seeing. Jean Valjean (Hugh Jackman) is an ex-prisoner who broke his parole, changed his name and became a wealthy businessman. Thoroughout the movie he is hunted by Javert (Russell Crowe) a policeman/detective who used to be Valjean’s prison guard. Fantine (Anne Hathaway), one of the workers in Valjean’s factory, gets fired for being an unmarried mother, and now has no way to take care of her child, Cosette (Amanda Seyfried); Valjean feels guilty for Cosette and takes care of her as if she were his own. When Cosette grows up, she falls in love with Marius (Eddie Redmayne), and they try to be together, but the June Rebellion in Paris threatens to take Marius’ life.
While this movie’s setting and plot was really dark and miserable with only a few moments of happiness and little hope, the music and actors were incredible; I didn’t know some of those actors could sing so well! At first I wasn’t really sure I wanted to go see Les Misérables because I’d heard it was 3 hours of singing and no dialogue, but I was very captivated by Jean Valjean’s life after escaping his parole, and Hugh Jackman did a fantastic job portraying Valjean.
I also thought Anne Hathaway did really well building up Fantine in such a short amount of time, even though Fantine was only in the beginning (and slightly the ending scene), the scenes she was in were very powerful and moving. Her singing was exceptional too! Overall the movie had a really gloomy mood, but there were a few moments of joy. One of my favorite characters was the little boy, Gavroche (Daniel Huttlestone) who fought for a free France and inspired many younger and older boys to fight as well. Gavorche brought lighter mood to the movie and I have to say I loved the little kid at once when he was parading through the streets of France. He was quite a marvelous little character.
The costumes were all very intricate and detailed; some of them were very elegant I thought. Everything looked so real,and fit the time period. The makeup was pretty realistic as well.
I have to Les Misérables say was a bit confusing at the beginning but otherwise, the movie was amazing and there weren’t many obvious things that were unprofessional about it.
Les Misérables won Best Motion Picture- Comedy or Musical, Hugh Jackman (Jean Valjean) won Best Performance by an Actor in a Motion Picture, Anne Hathaway (Fantine) won Best Performance by an Actor in a Supporting Role in a Motion Picture 2013 Golden Globe Awards. Les Misérables has been nominated for Best Picture, Hugh Jackmon (Jean Valjean) for Actor in a Leading Role, Anne Hathaway (Fantine) for Actress in a Supporting Role, Paco Delgado’s costumes in Les Misérables for Costume Design, Lisa Westcott and Julie Dartnell’s hairstyles and makeup in Les Misérables for Makeup and Hairstyling for the Oscars.