Five Movies to watch and five to skip 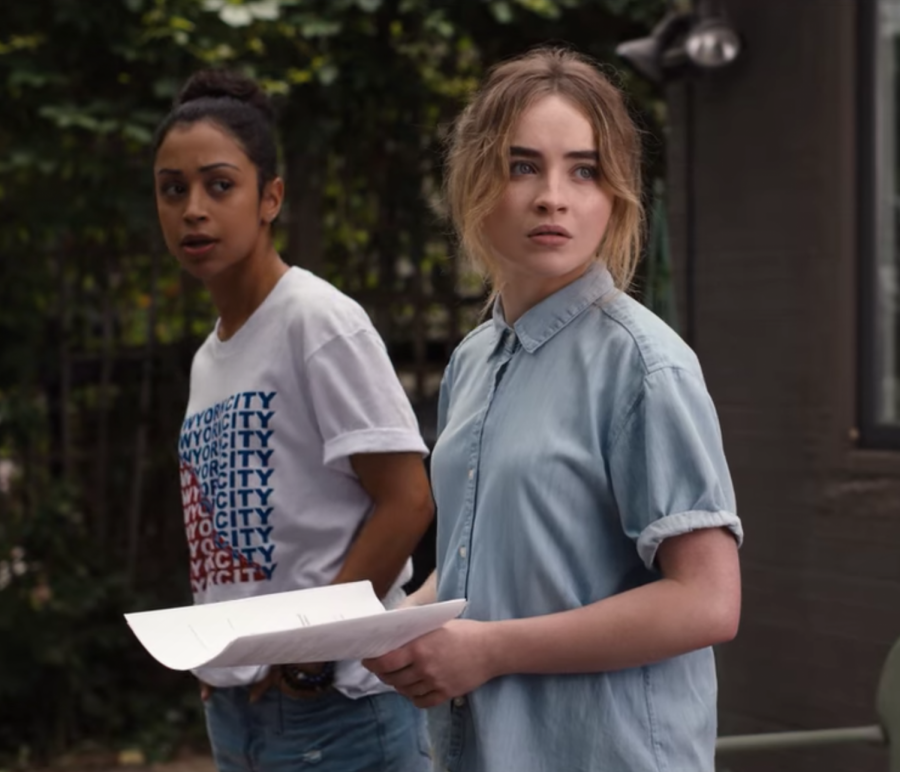 Watch this not that on Netflix

Work It stars Sabrina Carpenter as a high school senior (Quin Ackerman), with everything to put on an application except for her true personality. Now, to be accepted into her dream school, she must form a dance squad good enough to win the final dance competition. From first glance, the movie appeared to be corny. However, when watching it, the amusement that the movie gave was unreal. All members of the cast, especially Jordan Fisher and Liza Koshy produced amazing performances. Work It is a truly enjoyable and heartwarming movie with strong bonds and good relationships among the cast. Don’t miss it!

If you haven’t already seen the sequel to The Kissing Booth, you’re missing out. Now a senior in high school, Elle must learn to balance a long-distance relationship with her college boyfriend Noah with college decisions and new relationships. Just like the first movie, you can expect to laugh a lot. Each scene produces an unexpected amount of comedy and continues to surprise the viewer. The feelings produced are both exciting and amusing, and the quality of the acting makes it feel like you’re right there watching everything unfold. By the end of the movie, it’s viewers will definitely feel bubbly.

A new sci-fi Netflix original? Yes please. Project Power is an amazingly thought out movie starring Jamie Foxx as Art, a former soldier who joins together with officer Frank Shaver played by Joseph Gordon and a teenager Robin played by Dominique Fishback to find the creator of a threatening pill that supplies temporary superpowers. Netflix finally gives us the action movie we have been waiting for. The thrill in the movie goes well with a full course meal, you might as well bring the whole kitchen to the tv because you’re going to need it. Viewers can expect to be very entertained by watching this movie. It leaves no room for disappointment.

Love Birds is so ridiculous that you can’t help but love it. The movie features a young couple Leilani played by Issa Rae and Jibran played by Kumail Nanjiani who go on a search to find the killer of a bicycler after they were accused of murdering him. Throughout the movie, the cluelessness of the couple will definitely make viewers crack up. Insert in your modern-day couple into a crime-solving mystery and it’s sure to be hilarious. The chemistry between the lead actors leaves no room for disappointment, and it’s stupidly entertaining, definitely a must-see.

Murder Mystery gives off all the right who done it vibes. Starring Adam Sandler and Jennifer Aniston, Murder Mystery features a cop and his wife as they travel to Europe on vacation. However, an encounter with a man on their flight leads to them being caught up in the murder investigation of a billionaire. This movie is insanely hilarious, and the mystery is infectiously fun to solve. Between trying to determine the killer, and the amusement from the movie, viewers will definitely feel satisfied after watching this. 100% recommend.

Lady Bird features teenager Christine McPherson who refers to herself as Lady Bird. The movie tells a story of her growing up through going to Catholic school and the butting heads relationship she has with her mom. By the hype that Lady Bird was getting on Tik Tok, you would think that it was a cute and funny movie. However, it was extremely disappointing. Not even, ten minutes into the movie and people could expect to already be falling asleep. Definitely not a movie to watch at night.

Yes, this is another movie about the unacceptance of a mother’s love life. The movie Coffee & Kareem features 12-year-old Kareem Manning played by Terrence Little who hires a criminal in an attempt to scare off his mother’s new boyfriend officer James Coffee played by Ed Helms. However, things take a twist when the family becomes exposed to a drug pin. The movie was trying too hard to be funny, nothing really flowed well during the movie. Unlike some stupid movies, this one wasn’t even entertainingly stupid. The movie truly disappoints it’s viewers who expected comedic gold.

You can always go wrong with a comedic horror film, and unfortunately, this one did.  The Babysitter features a young boy Cole played by Judah Lewis who stays up past his curfew and discovers that his babysitter Bee played by Samara Weaving belongs to a satanic cult. Although the movie was interesting, it produced very few laughs and was very corny.

This movie can truly be described as the Walmart version of A Quiet Place.  The movie Silence features a death 13-year-old girl Ally Andrews played by Kiernan Shipka as she and her family seek shelter from creatures who hunt humans based on sound. The movie feels sort of unnecessary at this point because it’s unoriginal. At this point, people should just stick with the Quiet Place and call it a day as this movie features nothing we haven’t already seen.

The Last Laugh tells the story of a retired manager AI who crosses paths with a former client named Buddy, who was once a comedian. He attempts to encourage him to go back to performing after decades had passed. This movie is just not it. There was an ultimate weird vibe present throughout the movie, and it felt pretty corny.