Movie Review: The Hobbit: The Battle of Five Armies 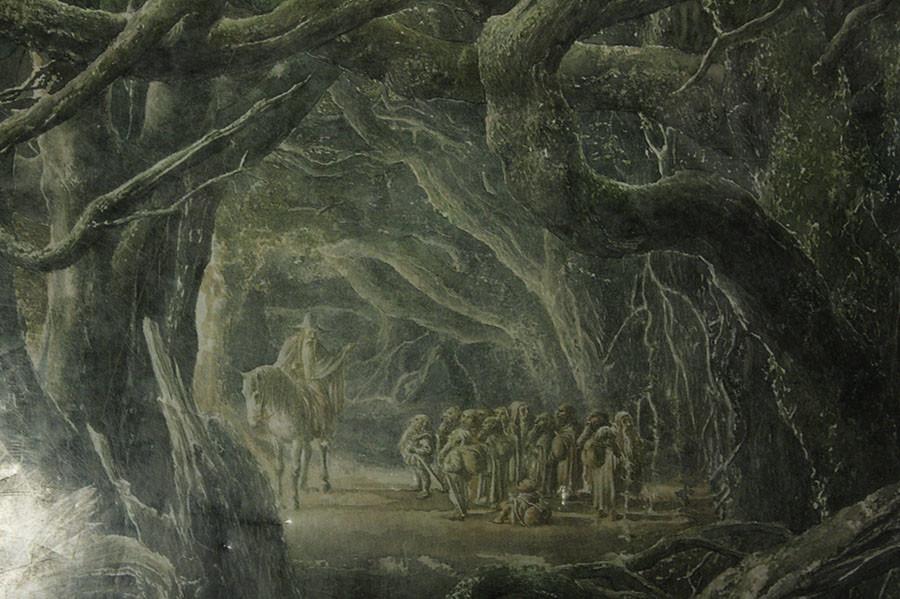 The movie/movies follows the original book greatly but also combines parts of The Silmarillion and Unfinished Tales. Although apart of the LotR universe, the books are not as popular as LotR and The Hobbit. The Silmarillion is a prequel to The Hobbit and tells the tales of before Middle Earth and many of our beloved characters. Many concepts and parts of The Silmarillion were included in The Hobbit movies such as Sauron’s re-appearance into Middle Earth after he was defeated by the armies of elves and men and Isildur took the ring of power. These elements were included, but Peter Jackson also brought in a new character named Tauriel. Although the character is under fire for not being in the original books, she fits into the story nicely and adds a romance element to the story that wasn’t included in the original books. In the movies, Tauriel fights alongside Legolas but ultimately starts to fall in love with Kili, one of the thirteen dwarves.

The Battle of Five Armies heavily focuses mostly on the battle, and some character development before the battle. We do get see a little bit of the aftermath of the battle and the very nice transition Jackson incorporated at the ending to branch over to the Lord of the Rings movies.

The movie did fantastic with story-line and characters, but it lacked towards the end with its special effects. Compared to the Lord of the Rings movies The Hobbit movies didn’t do so well with its special effects. The CGI at times was quite bad, and although creativity is good, it just would’ve been nice if all the orcs looked generally the same instead of adding a comical looking orc in there. To counter this, Smaug and the Earth-eaters looked fantastic. When first seeing Smaug on the big screen, it sends a chill down your spine, especially with Benedict Cumberbatch voicing the dragon.

The final thing to talk about, something that has greatly impacted all of the LotR and Hobbit movies, is the setting. The settings and landscapes were breath-taking. Although some of the settings had lots of CGI at times, many places did not, and it is amazing to believe that such places exist. There could be no other place for Middle Earth other than New Zealand. The forests, mountains, and plains are what make LotR and The Hobbit great, as well as its story.

With all of these factors in mind and my personal love for all the movies, I would give The Hobbit: The Battle of Five Armies a 9/10. Reason being is: as the story was great, some of the CGI on the creatures ruined the atmosphere of the movies. I feel if they didn’t include comical relief creatures in the fight scenes the movies would be up there with LotR. However, the story and settings were fantastic, and I wouldn’t rate it any lower. Tolkien is a true genius.