Tons of entertainment at SXSW 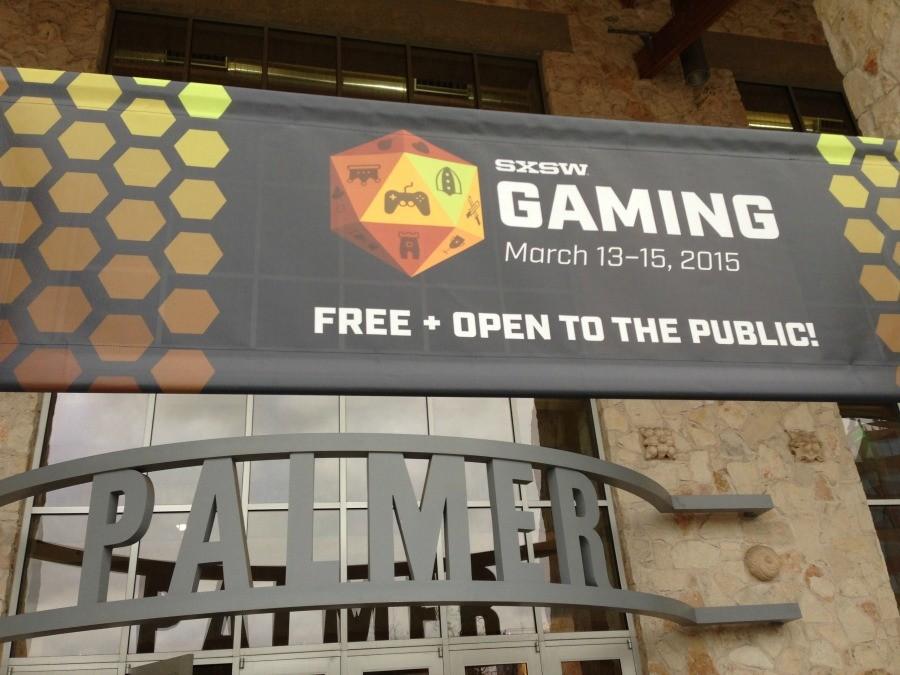 The entrance to the gaming expo at SXSW

Austin is only about an hour away, which means the free fun and excitement of South by Southwest is practically a backyard’s distance. Considering how great this year’s SXSW was, next year’s is sure to be something to check out as well.

Unfortunately, I was only able to attend two days, but the two days that I was there, I definitely enjoyed it. There is no previous requisite or cost to experience all the free events that happen during SXSW, and that’s part of what makes it so great.

SXSW is often known for all of the music that it hosts. Even just walking downtown, some of the music can be heard. My friend and I just followed the sound of the music and then walked right into a Clean Bandit concert. It was completely free, we stopped and listened for a while, and afterwards there was an option to go buy CDs and to get them signed. Some of the songs I had actually heard on the radio before, and I couldn’t believe we had gotten in for free. The live music of SXSW is definitely a plus.

There’s also several different events that happen during the week including film sessions, comedy acts, various creative activities, and my personal favorite, the gaming expo. The gaming expo was only there for three days, but pretty much all of it could have been explored in a day (which is what I did). There were plenty of different types of games for everyone to play, as well as some concept art, various fan art, cosplay, and a couple of gaming tournaments. I can safely say I was never bored. I didn’t attend any other events because I wasn’t at SXSW for very long, but I recommend finding an event you enjoy and attending it for a day.

Parking and driving around downtown is probably one of the only down sides to SXSW. Downtown is tricky enough with all the one way streets, but parking gets insane during SXSW. Insane as in there’s no where to park and it gets very expensive. Earlier in the week it is cheaper though. On Sunday March 15, one parking lot garage was $10, but on Saturday March 21, the same garage was $20.

A worry that I’ve always had is that SXSW is packed with people, but when I went, that wasn’t really the case. There was a ton of people, but it wasn’t completely packed to where I felt like I couldn’t move. One of the days that I went it was raining, so that could have been one explanation The other day was sunny and nice, so I don’t think the weather really scares anybody off from SXSW.

SXSW is really an awesome experience, and since we’re so close to Austin, I don’t know any reason not to go. Spring Break can get a little dull here because there isn’t a whole lot to do, but SXSW provides tons of entertainment. I definitely recommend going next year.