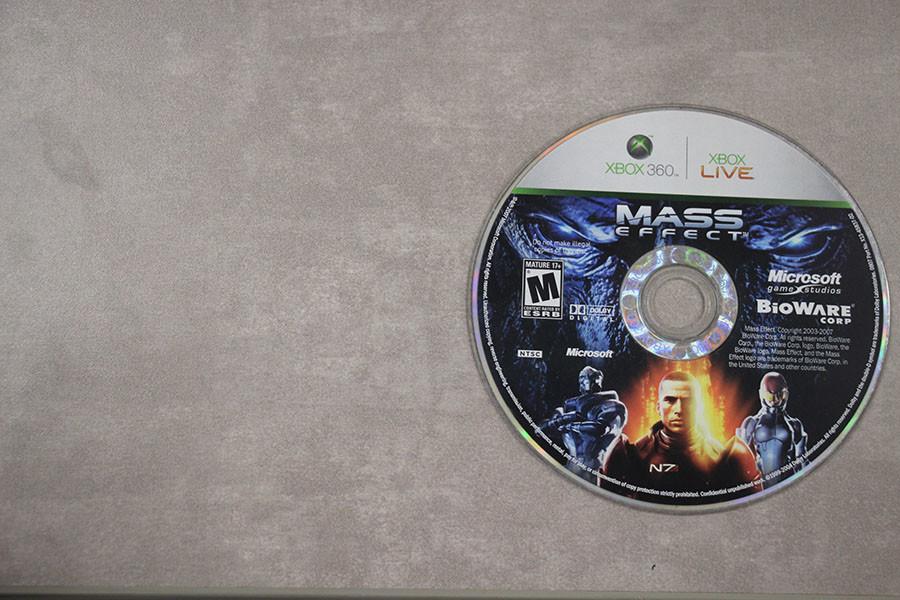 The Mass Effect trilogy is one of the highest selling science fiction RPG video game series along with Halo and many other games.

The trilogy starts off with Mass Effect which was released on November 16, 2007, which kicked off the well known franchise of the Mass Effect universe.

The game starts off with the player creating their character. The player plays as a character that is overall called Shepard although you are allowed to change the first name, but the player will never be called that. Shepard is apart of the N7 program that tests the survival of soldiers and grants them higher rank and extra equipment. Shepard also serves on the ship the SSV Normandy that is originally captained by Captain Anderson. The ship starts off with a human crew, with the exception of a Spectre has been assigned to the Normandy who is named Nihlus. Nihlus is a part of an alien species called the Turians. The Turians come from the planet Palaven. As the player continues the game you meet a wide variety of aliens and your crew expands diversely.

In the game the player will receive up to six character to pick from when choosing a squad. Before the player enters each destination they are required to choose only two characters to go with them as a squad. The two squad members are controlled by A.I.s and will help you in battle. Each character has unique dialogue to each destination/mission.

The player starts off on the Normandy as the ship approaches a planet called Eden Prime, a human colony world in the galaxy. When the ship approaches the planet, Shepard is ordered by Captain Anderson to meet him in the COMM station. Shepard follows his orders and proceeds to the COMM station (the player is given the options to talk to other characters along the way). When entering the COMM station Shepard is surprised to meet Nihlus waiting for him. After a talk about humans and their ability to colonize the galaxy Captain Anderson enters to tell the player Nihlus’ true purpose of his mission. Shepard is to be observed by Nihlus for the Spectre program in which Spectres are above the law and can bend and break laws to protect the galaxy. Few are given the honor of becoming Spectres and Shepard would become the first if he is accepted. Depending on the player’s choice of back story, the player will also get specific dialogue catered to their back story. The Normandy then receives a distress signal from Eden Prime that shows the planet being invaded by a synthetic alien species called the Geth. This is when the game kicks off the story and gameplay.

The gameplay of Mass Effect can be difficult at the start, but as the player continues to play the game they become more acquainted. The player can use assault rifles, shotguns, snipers, and pistols. Although depending on your class choice, certain classes work better with certain weapons. Adepts are better with pistols and mostly use biotics (which lets people use mass effect fields to create barriers, bursts, or the ability to grab things from a distance). Engineers mostly use tech and also use pistols. Infiltrators use sniper rifles and pistols along with some tech. Sentinels have no special training with weapons and mostly use biotics and tech. Soldiers receive training for all weapons and are the beefiest of the classes. Finally, Vanguards receive training with shotguns and pistols and also mostly use biotics. All weapons can overheat and have to cool down if they do.

In the end it’s personal preference with the player’s choice of weapons, but sniper rifles and assault rifles are the most difficult to use. Snipers, although powerful, can be hard to aim in close quarters (which can be most of the game). Assault rifles are very weak in this game and overheat quickly. Shotguns and pistols are often favored since they don’t overheat as much but can still do damage. Sprinting is also kind of weird as you run extremely fast which can end up killing you in the battlefield.

The dialogue and characters are phenomenal and the choices way very heavy in the end of the game and on the others. The story does great in giving the back story and emotions of the other characters.

With all of this in mind Mass Effect gets a 9.5/10 (mostly because of my personal gripe with the gameplay mechanics). The story is fantastic and the characters are excellent and everyone should go and buy this game to give it a shot.