Spring Baseball kicks off with scrimmages 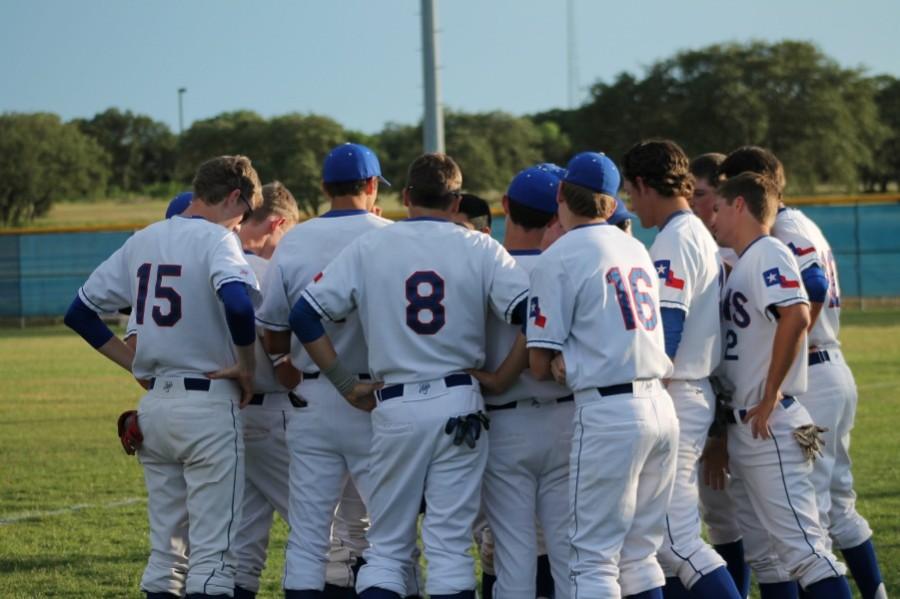 The players have been selected for the 2015 spring baseball team. There are 3 different teams. The Varsity team, JV red and JV blue teams. Each team has already had their first scrimmage but will have another one soon.

The Varsity team’s second scrimmage will be against Rouse this Saturday, Feb. 14, at 2 p.m. The scrimmage will be held at Rouse HS. They will also be having their first tournament starting on Feb. 26 and ending on the Feb 28. Their opponents will consist of  Southlake, Austin High, Allen, Brenham and Cedar Ridge.

“I’m looking forward to competing against the district teams and going out there and going for a district championship,” Varsity player Trey Roberts said. “We’ve been playing and putting in work everyday, and hopefully we’ll see the success out in the field.”

The JV red team will be participating in their second scrimmage at 2 p.m on Feb 14 against Rouse. The game will be held here at Leander. They will have their first tournament on Feb. 26-28 against Westlake, Hutto, Rouse, and Vista Ridge.

“I feel the JV red are going to do pretty good this season,” JV red player Joel Rios said. “Hopefully we got some good players who picked the right spots for their positions.”

The JV blue team will have their second scrimmage on Feb. 13 against Rouse at 5 p.m. The scrimmage will be played here at the Leander baseball stadium. They will be having a tournament beginning on Feb. 26 and ending on the 28. Their opponents will be Stony Point, McNeil, and Belton.

“We are hoping for an undefeated season,” JV blue player Mark Grissom said. “We will give it our all and try to win every single game.”