Varsity faces off against Georgetown 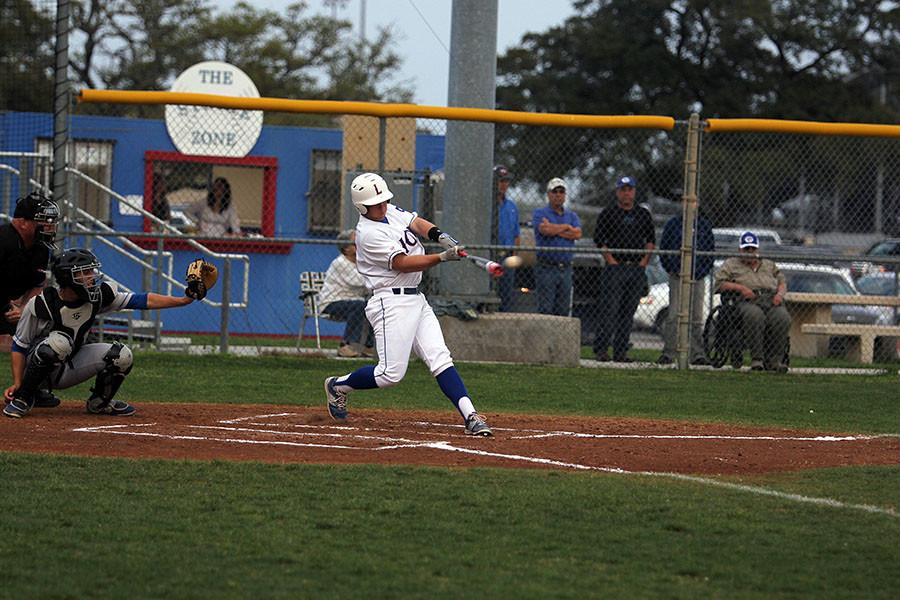 Varsity played its second game at home last week on Thursday, March 26. The Lions played a hard game, but came up short with a score of 4-1.

Junior Joel Miller came in and pitched the first part of the game, and senior Robert Marquez came in and ended the game for Joel.

“They all threw great and played great defense all around,” head baseball coach Matt Grissom said.

The Lions struggled at hitting. They scored one run early in the game, but it wasn’t enough.

The boys host the Vandegrift Vipers on Tuesday at Leander and travel to their field on Friday. Both games are at 7 p.m. and you can hear them broadcast on KMAC.