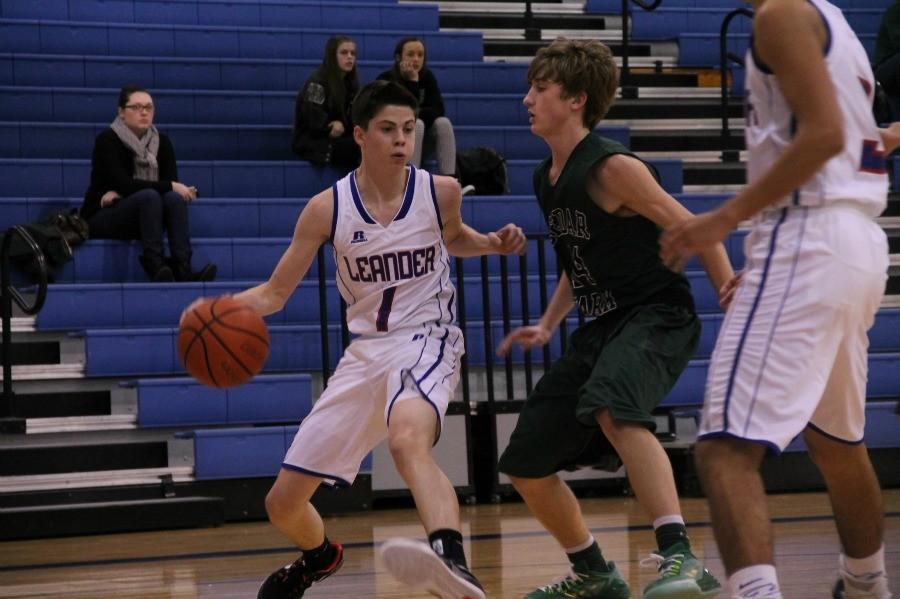 The Lions broke down the walls at Marble Falls with a score of 73-18. The freshman Lions dominated the Mustangs through all four quarters and played outstanding defense all throughout the game.

“We did alright, we won, we played great defense had made all of our layups finally,” Noah King said. “We did great on press and we ran transition a lot.”

Freshman Coach McNeil was proud of his team and the way they played.

“I think just continuing to play [was a huge factor in the victory],” McNeil said. “[And also by] running our offense and playing basketball, and getting to the point where we could figure out that we were better than they were and mainly just relaxing and playing.”

The next step for the Lions is to prepare for Eastview. McNeil is confident in his team against this match up.

“Yeah very [confident],” McNeil said. “I’ve seen them play in a tournament before the holidays and I feel like we can match up with them pretty well. I think we have a great chance to win.”