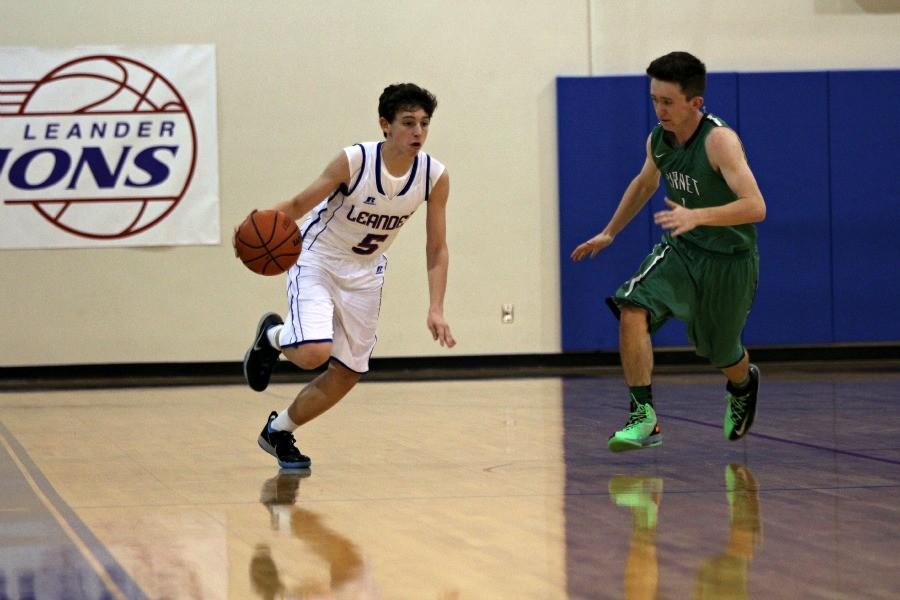 Sophomore Chris Jones on the court during the Burnet game. The Lions won 71-17.

The JV boys basketball team came out victorious in both of their games over the break. They played a game that ended with a four-point win over Liberty Hill which came out to 57-53. Then they faced Burnet and had a strong win with a final score of 71-17.

“We’re knocking down threes and giving it our all,” sophomore Ruben Luna said.

“As a team I think we’ve played very hard and worked very hard to get those wins,” Sophomore Riley Reagan said.

“Throughout the tournament nobody was playing selfish,” junior Blane Smith said. “We had great ball movement and many possessions where everyone touched the ball before we took a shot. Overall we are playing as a team which I believe to be the main contributor to our success. However, we need to focus on keeping it together when things start to get a little rough.”

The next time the boys will play is at their upcoming tournament on December 3-5 called the Maroon Classic at Austin High. Two days after on December 7, they have a home game against Belton at 6.