JV boys get back to back wins 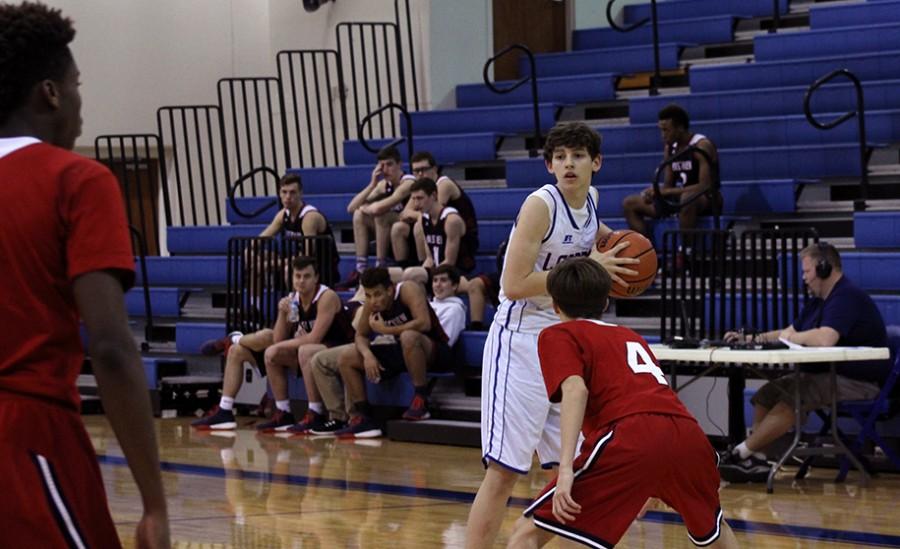 The Lions had a close game against East View last week with the final score being 56-54. They beat Vista Ridge with a turnout of 54-47.

“In both games we played a complete game,” JV coach Will McNeil said. “We also handled our last possession of the first half extremely well in both games, making buzzer baskets, getting fouled and making free throws going into the half. We also handled the press effectively getting open shots and drawing fouls. We did a great job of getting into the bonus early, especially against Vista Ridge and making free throws. Best of all I thought everyone contributed in both wins.”

“I think we are really starting to share the ball a lot more and trust each other,” junior Blane Smith said. “We’re making more of our shots too, which helps a lot.”

For the most part, the game was neck and neck against Vista. The lead switched between both teams each quarter until the Lions came out on top scoring 18 points in the fourth.

“I think we played outstanding,” Allen said. “We did everything we were supposed to do on defense and our offense was flowing. Beating Vista felt like winning a million dollars.”

“Beating Vista showed us how well we can actually play which is really important,” Smith said. “The win has motivated us to finish the season with a four game win streak.”

Their next opponent will be Dripping Springs tomorrow at 6. It will be a home game.