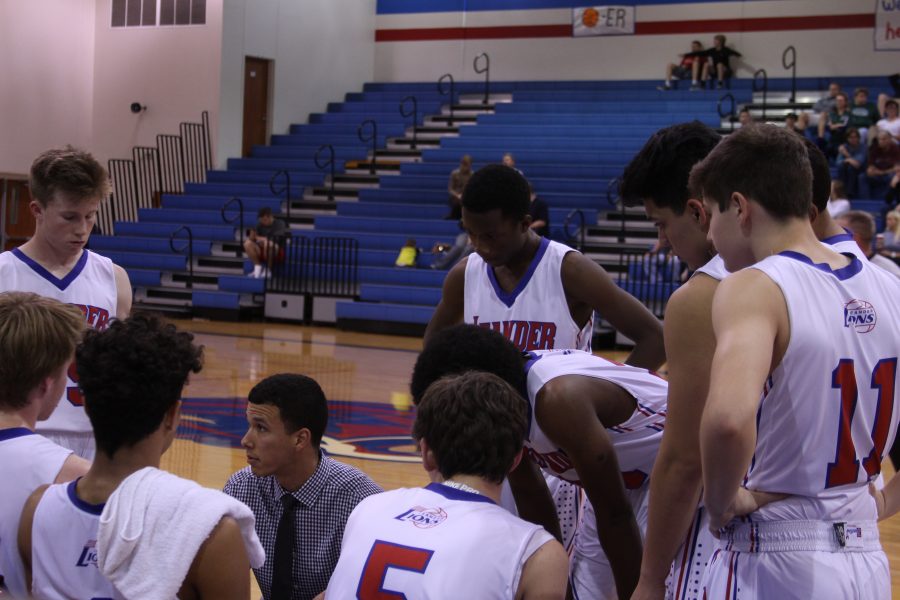 JV boys during a time out. This was the second game they've lost this season.

The Lions faced the Cedar Park Timberwolves on Tuesday, November 30. The Lions fell close with a final score of 39-42.

According to coach Washington, the Lions were doing well with Sophomore Caleb Thompkins playing until the team had some key turnovers down the stretch that helped Cedar Park advance in the game.

“So far this season, we’ve done a good job winning close games,” coach Washington said. “We’ve also guarded well down the stretch and role players have stepped up when needed.”

The team feels that they do good during practice, but they are lacking execution when in the game.

“During our athletic period, we do shooting drills, layup drills and post drills,” junior Damion Hernandez said. “We also do it again 30 minutes before our game, as well as talk to each other about what we need to do and how we need to do it.”

Sophomore Caleb Thompkins scored a total of seven points during the game and played strong, according to coach Washington.

“I feel that we played really hard,” sophomore Caleb Thompkins said. “We made some mindless turnovers towards the end, but I’m confident in the way that we played.”

The next opponent for the Lions will be the Austin Maroons at 6:00 p.m at Austin High school.