Second time could be the charm 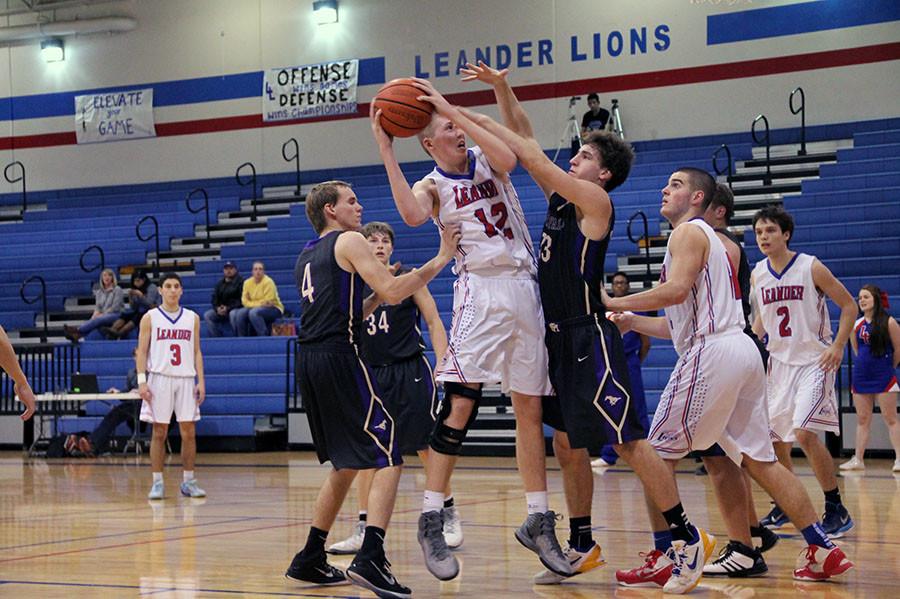 Sophomore Chase Cotton goes for a layup against Marble Falls

The Lions took the win in their second match against the Eastview Patriots 46-41 after a 51-26 win against Marble Falls and a second loss to Cedar Park 55-41.

The Patriots maintained the lead throughout the first three quarters of the game, leading by no less than a three point difference until the boys took over in the fourth quarter. Major players of the game include sophomore Kobe Thompson with 16 points and five rebounds, and senior Daniel Black with 14 points and four assists.

In the game against Marble Falls, all the Lions showed was strength, taking the lead early on and keeping it throughout the entire match. Big contributors were sophomore JP Stevens with 13 points, three rebounds, and one assist; junior Logan Kubin with 10 points; and sophomore Kristian Murphy with eight points, seven assists and six rebounds.

The boys begin to close out their district season with Senior Night against Vista Ridge at home at 7:30 this Friday with a battle for playoffs and their final game at Dripping Springs at 7:30. The current overall record is 9-16 and a 6-6 in district.