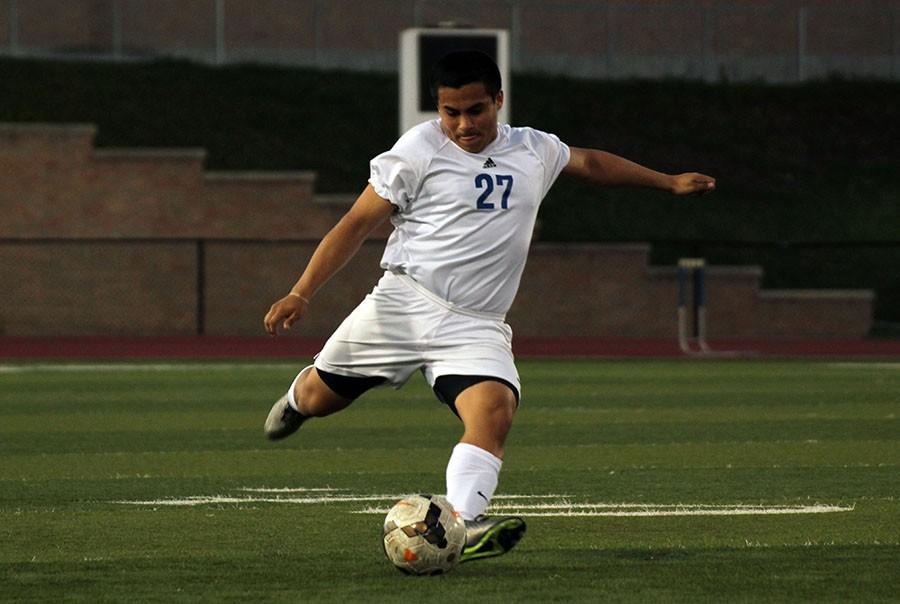 The JV Boys played Marble Falls, East View, and Cedar Park. Their last game with Dripping Springs was cancelled due to the weather.

“[Junior] Alex Ramirez scored the only goal of the game in the first half,” Head Coach Matthew Grayless said on the Marble Falls game. “Both goalkeepers, [sophomore] Orlando Castro and [freshman] Hayden Iler, played well to preserve the shutout.”

The coach also mentioned freshman Vaughn Chodacki, sophomore Rey Montes, freshman Ben Towell, sophomore Louis Montes and freshman Leo Palimino. Ramirez scored after going around a defender to chip the ball into the back of the net over the goalkeeper.

“It was a hard fought victory,” freshman Connor Hoglund said.

The JV boys finished their season playing East View and Cedar Park and lost both. They were unable to finish the their last game with Dripping Springs due to weather .They earned a record of 7-5-1 in district play and an overall record of 8-6-1.

“Overall I thought the season went really well,” Coach Grayless said. “I feel like our JV performed well for most of season and the future is bright.”