Lions soccer has only 5 games left in the season 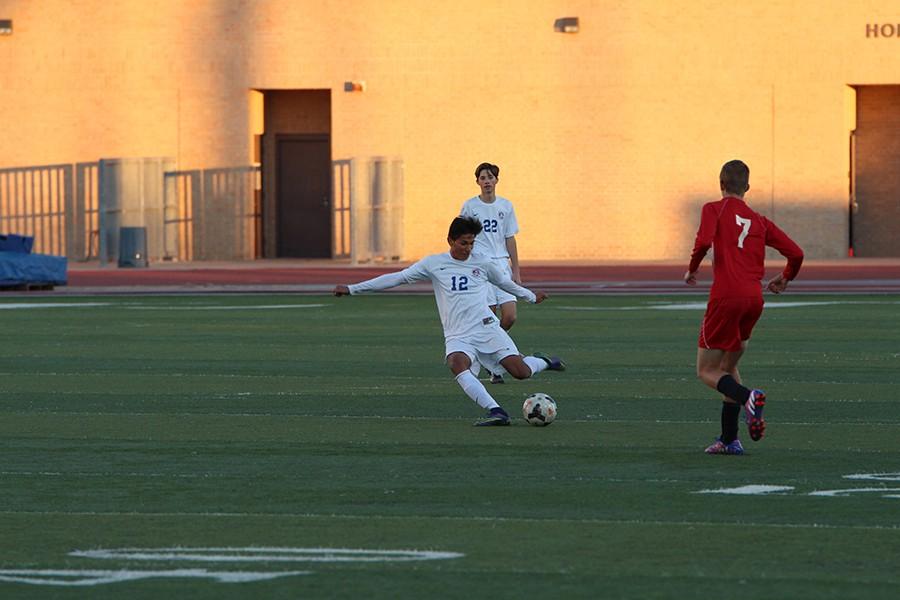 The JV boys played Vista Ridge. They lost 2-0 on February 12.

“In the East View game we played our most complete game of the season,” JV Coach Matthew Grayless said. “Goals were scored by Leo Palomino and Angel Ruiz.”

Coach Grayless also notes other players sophomores Louis Montes and Chris Gauthier, and freshman Vaughn Chodacki for standing out even when the team lost with no goals to Vista Ridge.

Next, the Lions won against Dripping Springs 2-0. The Georgetown game followed and they lost 3-1 with sophomore Frank Cortes scoring the only goal.

“In the Georgetown game we did a good job of attacking and had a multitude of chances but were only able to capitalize on one chance,” Coach Grayless said.

The Lions JV played against Vandegrift on February 23, and will play at Cedar Park on Friday.