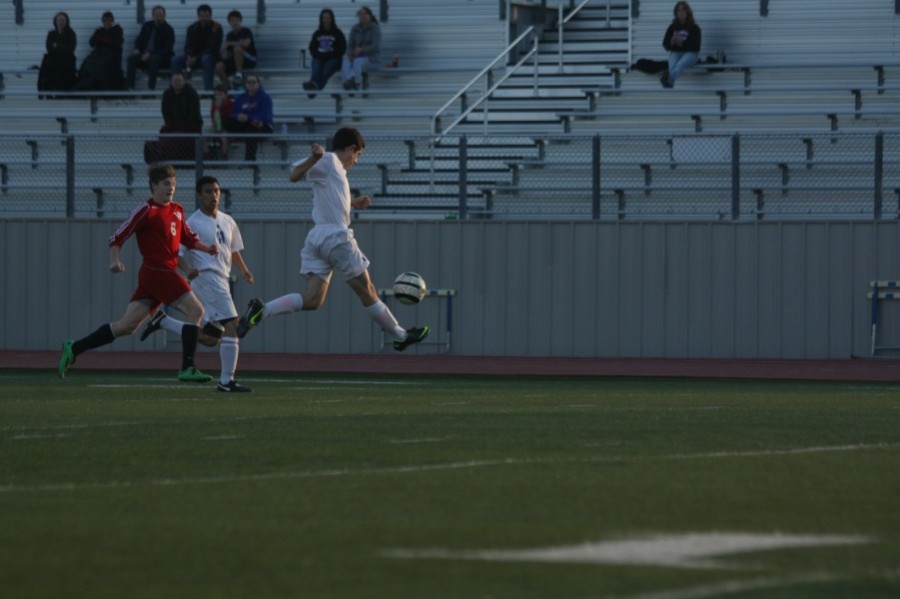 In the JV Lions game against Vista Ridge the boys fought hard and ended with a result of 2-1 with the Lions ahead. The Lions took the field scoring both points in the second quarter to get the win. This was the Lions first win this season.

“They got scored on first and were down 1-0 at halftime,” said Varsity Coach Russ Girard. “It would’ve been really easy for them to put their heads down and to think this is game over, but they fought back and ended up winning 2-1.

Each player on the team puts something into the win, but there’s always one that stands out.

“I think Charlie Ruiz had a really good performance,” said Girard. “He created the chance for the first goal because he got fouled by the goalkeeper. He earned the penalty kick, which he didn’t take, but then scored the second and final goal.”