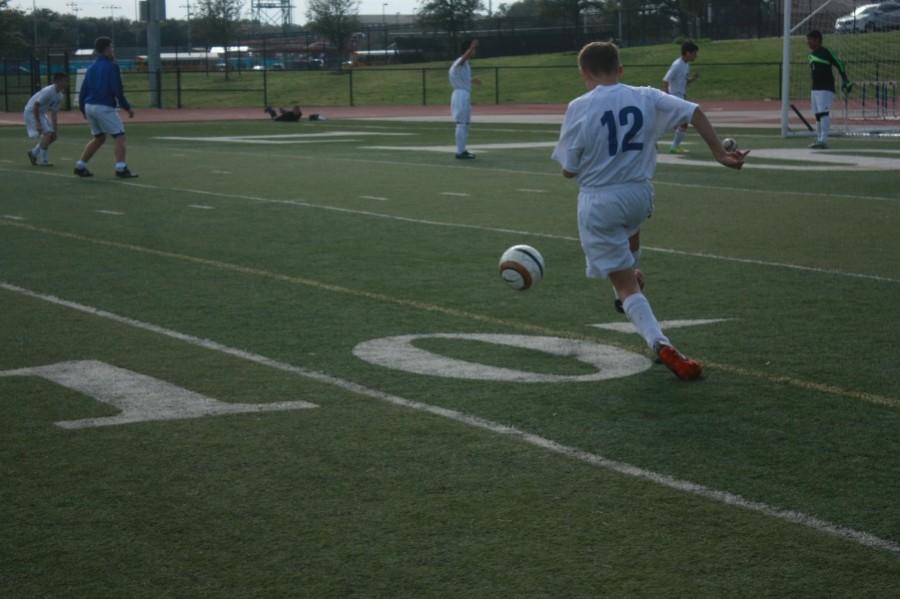 With a three-month season, JV soccer played their last game March 13 against Dripping Springs. The Lions put up a fight throughout the game, but turned out unsuccessful with a final score of 3-0.

“We played hard and tried even harder but sadly we just couldn’t come out with the win,” sophomore player Malcom Wright said. “It definitely hurt us that we lost our two starting strikers, but there is nothing we could do about that. We enjoyed playing as a team and more importantly a family through the season.”

The team had a good season putting in work and giving their all during every game they played. Lions run and fight as a pack, and that is what this team did.

“Overall the team did amazing compared to the past years,” junior player Brian Escobedo said. “I felt that this team showed improvements in skill, communication, and overall acted like a lion family.”