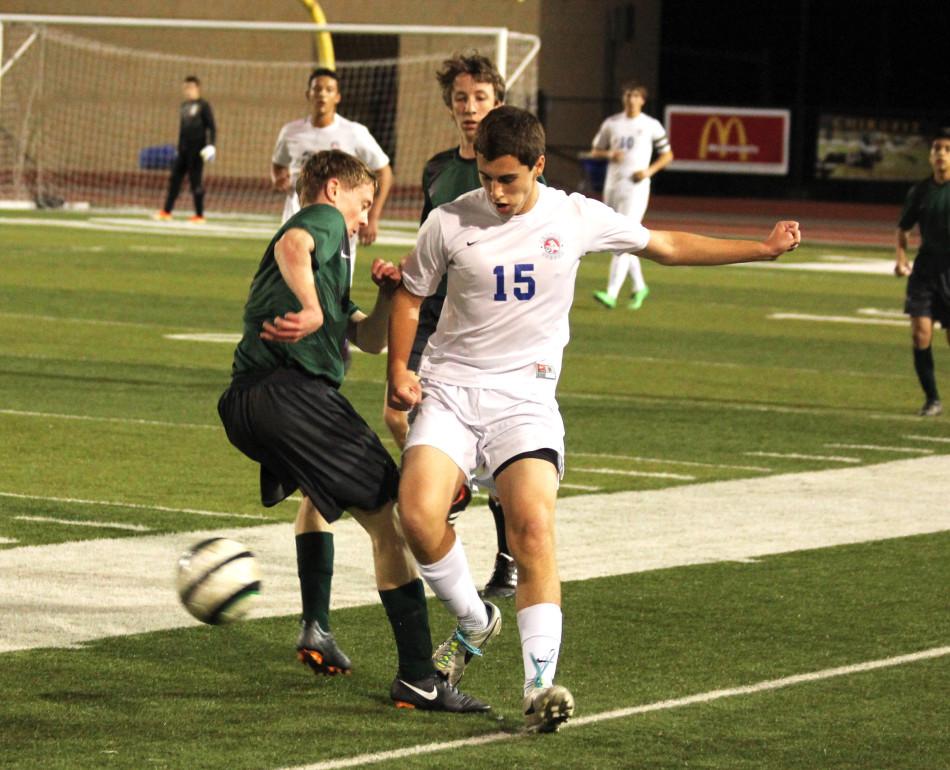 Junior David Uihlein wrestles for the ball during the second half of the Cedar Park game.

In an exciting final district game against Vandegrift, the Lions came out with a final score of 0-0. This tie was just what the team needed; now they are officially in the playoffs for the first time in three years. Their season consisted on four wins, five losses, and one tie.

“The quality of leadership from the seniors has been great and really helped us,” Girard said.

“We’re going to continue to work hard. We don’t plan on changing anything to suit other teams. We’re going to make them change to suit us,” Girard said.

“If we make it past the first round, it’ll be even better,” Talen said. “We’ll be making history.”