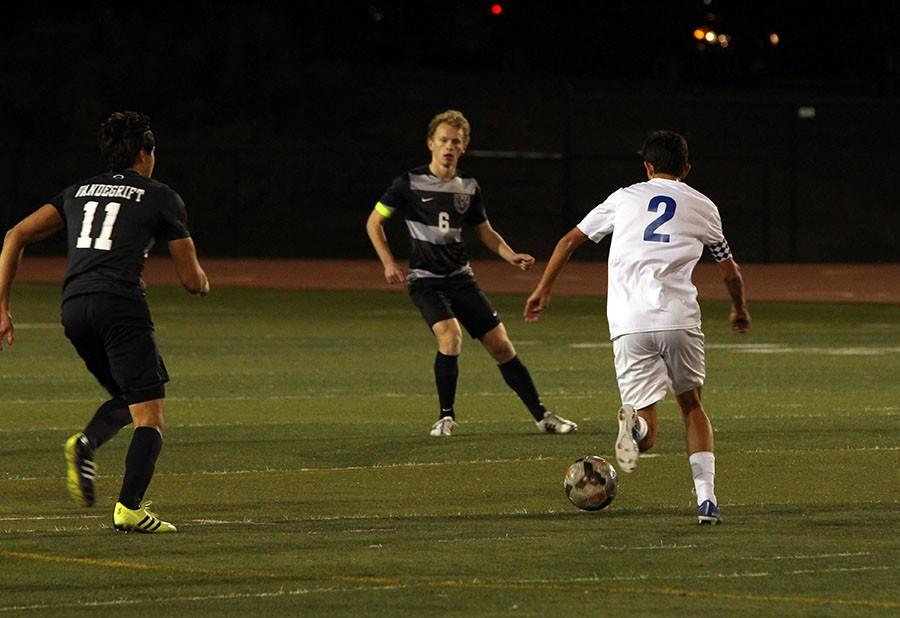 “I was happy to earn a point as the away team,” Head Coach Russ Girard said. “Although we haven’t earned a district win yet, no other team has really pulled ahead of the pack.”

The players came in hoping to take their chances well and defend strongly, but a lone goal by Cedar Park turned out to be the only goal of the game.

“We defended well, but couldn’t get it going on offense,” senior captain Reese Jimenez said. “We had Dallas up front who is one of our better players but he didn’t have the help he needed.”

Next they played a Marble Falls team with the home advantage. They improved from their last few games with a draw and didn’t concede thanks to goalkeeper junior Anthony Rodriguez, according to Coach Girard.

“We just need to work on switching the play and changing the point of the attack,” senior captain Dallas Sullivan said. “Hopefully we have more confidence going into their attacking third as long as we possess we can beat this team no problem.”

The Lions played Georgetown and lost 1-0 and then played Vandegrift at home and despite efforts lost 4-0.

“Georgetown always has great teams so a 1-0 scoreline isn’t too disappointing,” Girard said. “[We need to work on] creating more chances in the attacking half of the field, supporting our forwards when we have possession of the ball and on getting possession in the final third.”

Their next home game is against Eastview starting at 7 p.m. on Tuesday, February 9.