Varsity girls proud of advancing together 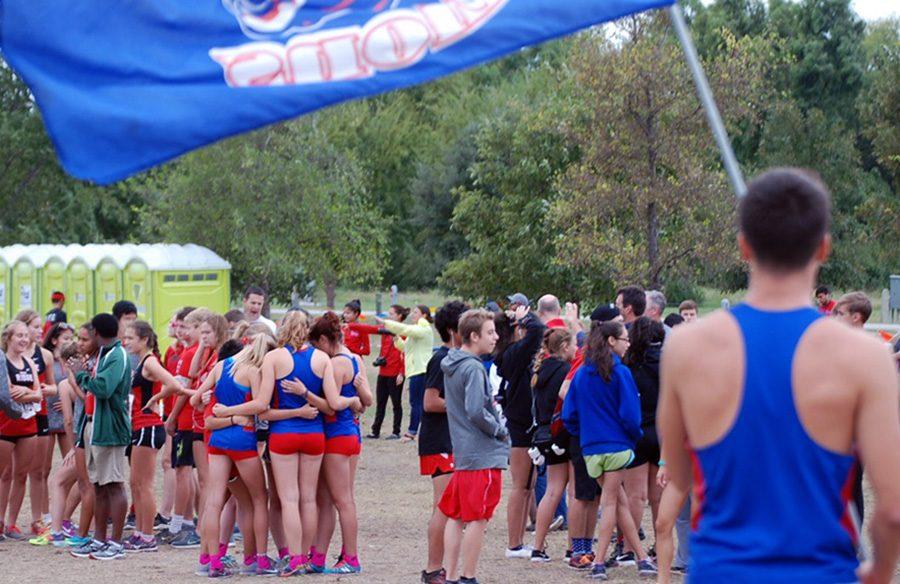 The girls ran at District and placed third. They advanced to region where they placed 20th and did not advance.

The cross country teams placed high at the 25th district meet with the varsity girls team placing third overall. They advanced to regionals where the highest placed runner was 95th. The team placed 20th and will not be advancing to state. The varsity boys placed seventh overall at district and the jv boys and girls teams placed fifth and fourth, respectively.

“The [district] race was the same as the McNeil course so we knew it pretty well,” sophomore Leonardo Zamora said. “I liked the course but there were strong winds [that] slowed everyone down. It was a slow race and when the wind stopped, the sun came out. The freshman boys had it bad with the sun.”

“We were excited to run at district, but we were also nervous,” Schwalbach said. “We are in one of the toughest districts in Texas, and we definitely had some competition, but we were excited to see all of our hard work pay off, and thankfully, it did. When we found out we made it to region, Caroline (one of my teammates) and I started crying. I was just in shock. I couldn’t believe we had finally achieved our goal of going to region, not individually, but as a team. It was the best feeling in the world, knowing that all of our hard work had paid off.”

“In the end none of the boys made it,” Zamora said. “You needed to make top ten and I made 12th. I was still really happy though. Cross country puts a lot of stress on me sometimes. Knowing I am racing all day but I have to get up at six and do homework or wake up at 5:30 for practice but it still makes me happy.”

Since they did not advance they were not there to support the varsity girls at regionals. The girls in the end did not advance. But the team was not saddened by the news for their personal goal was just to advance from district together.

“We weren’t all that concerned about the fact that we wouldn’t be going any further than region this season,” Schwalbach said. “The fact that we even got to experience region as a team was amazing. Our goal was to make it out of district and we accomplished it. Words can’t describe how proud I am of this team for working hard and pushing themselves to new limits, and I can’t wait to see what all we do and accomplish next season!”

The state meet will be held on November fifth in Round Rock. Leanders cross country team will be starting their off season training and their season banquet is said to be approaching.