XC gets an early start on the season 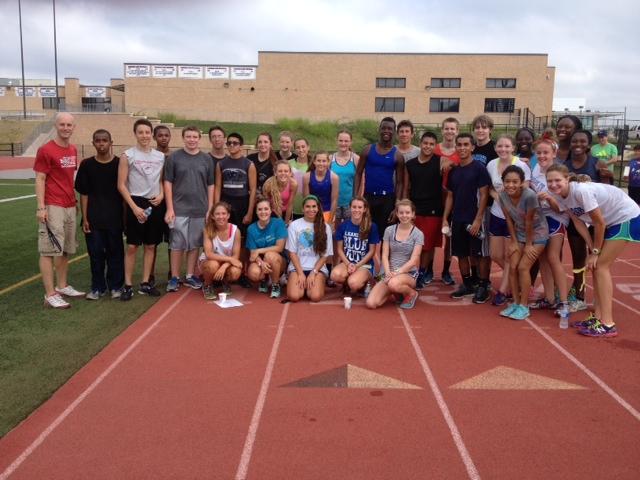 The 2014 Cross Country team participated in the Run-a-Thon to kick off their season.

If you’ve been awake before sunrise the last two weeks, you’ve probably seen members of the cross country team training for the upcoming season. Coach Lawson’s XC squad is preparing for the season with early morning practices and recently participated in the annual Run-a-thon.

The team’s captains have been selected and will serve as leaders for the upcoming meets. For the girls varsity team, Emily Hill will serve as captain, while Amanda Dunmire leads the girls JV team. Erick Jaimes will head up the boys JV team and Ernie Parada was selected as the varsity boys captain.

“I’m very excited for this season and to see our team as a whole excel,” Dunmire said. “I know we can make it very far this year like other years because we have determined and hard-working teammates.”

The top 12 boys and girls will participate in The Woodlands Runoff on August 19th, and the meet season kicks off just before school starts at the Burnet Relays in Reveille Peak Ranch on August 23.

Coach Lawson and his teams would appreciate your support when they take off for the finish line this season.