Another win for the freshmen Lions 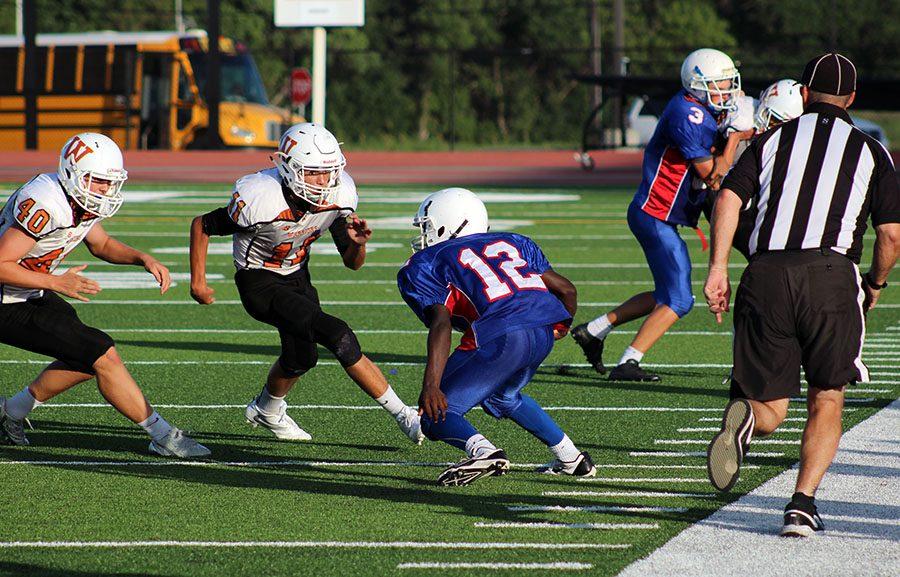 Cameron Allen dodges defenders during a game. They won this game against Westwood.

The Lions played against the Vista Ridge rangers on September 29. The red team ended victorious with a final score of 40-14 and the blue team ended similarly with a score of 44-14. This is the first time in two years the Lions have defeated the Rangers.

Both red and blue teams were expecting to fall against the rangers. Both teams ended up surprising themselves and winning the game.

“Every time we ran the ball we gained more yards,” blue team quarterback Will Loofe said. “I think going into the game we weren’t as confident, but as it kept getting easier our confidence just kept rising.”

Loofe believes defense needs to be more aggressive towards the opposing team.

“Our offense is pretty good,” Loofe said. “It’s more of our defense that we need work on. Sometimes during a game the other team can be really mean, our defense needs to be the same way back and show no fear even if they are lacking confidence.”

Their next game will be away. The boys will be playing against Vandegrift on October 6 at Monroe stadium. Blue team starts at 5:30 p.m and red starts at 7 p.m.