Lions look to get back on winning ways 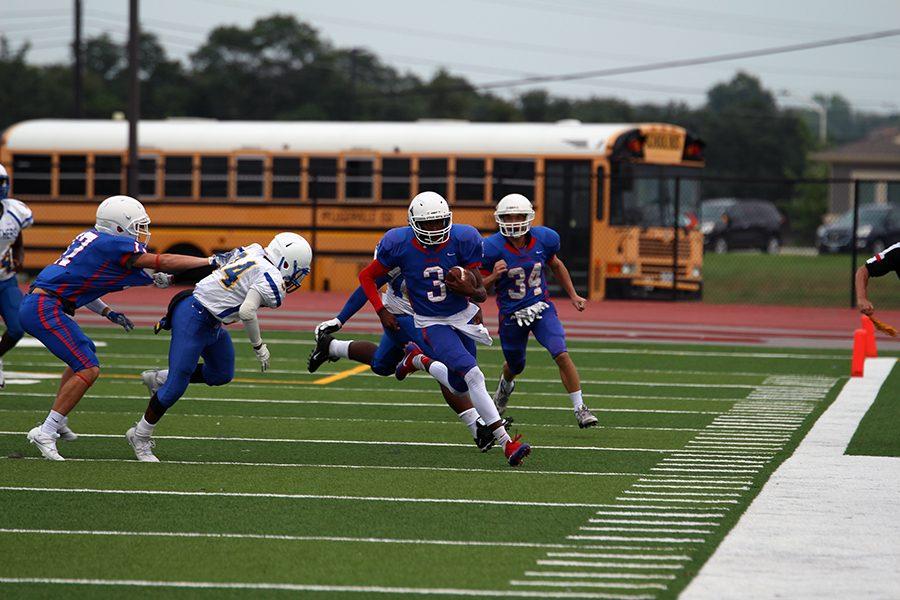 Despite strong plays on both sides of the ball, the JV Lions were defeated last Thursday by the Pflugerville Panthers with a final score of 28-20.

“I think overall we played a good game,” sophomore left back Kavan Spence said. “I think we just have to execute a little more.”

Coming off of a close win against Ellison, the Lions were prepared to get out in front early on against the Panthers. A touchdown by sophomore quarterback Rashad Carter and two by sophomore running back Addison Larue, put the Lions on the scoreboard, but despite their efforts, the Panthers led the entire game. Penalties were perhaps the largest thorn-in-the-side of the Lions, as several plays, including another touchdown, were whistled dead by the referees.

“We [threw] ourselves out of the game with penalties,” Spence said.” If we want to win games, we have to cut down on the penalties.”

Furthermore, both the Lion offense and defense were met with resistance from their Panther opponents. Carter, Larue and sophomore wide receiver Jake Reed were prevented from several touchdown-worthy plays, while the defense was unable to contain the Pflugerville quarterback and running back on a few plays.

“We need to be more physical,” sophomore defensive lineman Henry Birmingham said. “We are smart and disciplined, but we need to wrap up and play [our] hardest.”

The Lions will face the Westwood Warriors on Thursday. They’re away at the Warrior Bowl and the game starts at 6:00.