JV/Freshman Football: Feeling the Sting from the Vipers 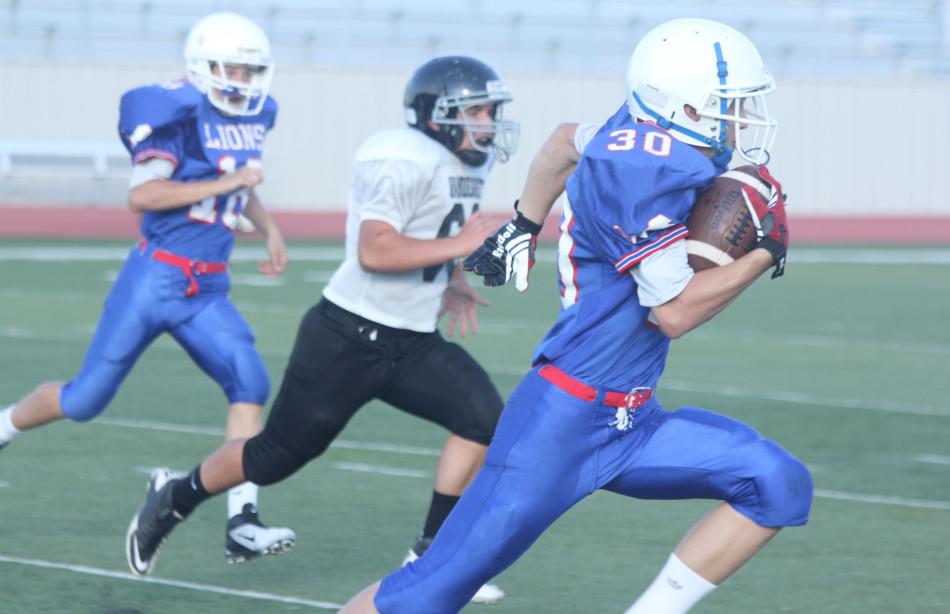 The Junior Varsity and Freshman football teams played against the Vandegrift Vipers on Thursday, October 10th.

“It was almost overwhelming. They were blitzing seven or eight guys at one time, and in a varsity game, you’d never do that. With them being young and inexperienced, it was more than we could handle,” Coach Clay Richards said.

The Freshman Blue team game started in favor of the Lions, with both offense and defense coming on strong. They suffered an injury with their quarterback, and they had to bring in a new one, Tanner Velicka.

“He [Velicka] played really well, despite the fact he hasn’t practiced that position since the beginning of the year,” Richards said.

Despite the defeats, the Freshman Red and Blue teams pledge to continue to play hard.

“They’re getting better and better each week. They don’t give up,” Richards said.

Come support your teams as they take on the Rangers! Let’s go Lions!