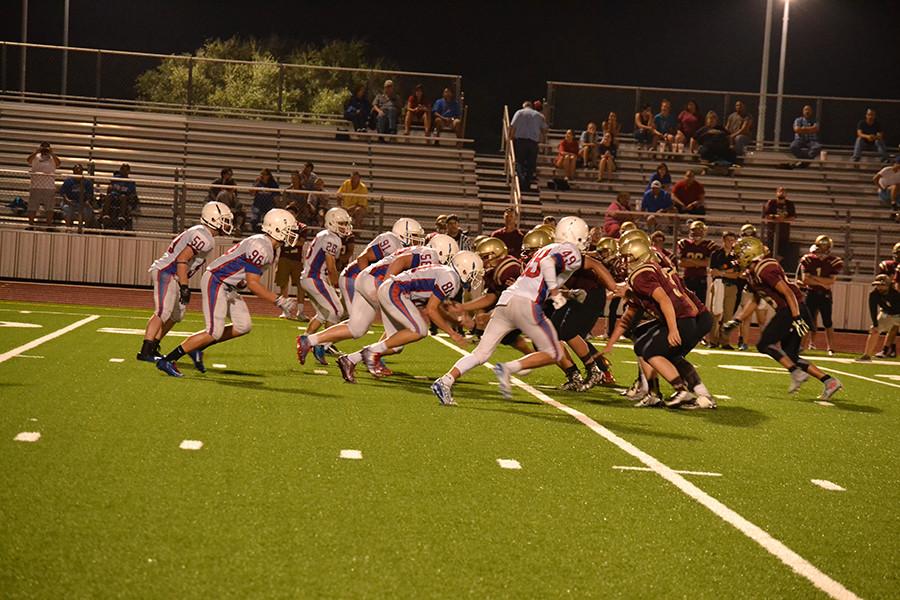 The Red team lost 30-0 to the Rouse Raiders Thursday night. The Lions offense struggled to move the ball all night due to Rouse’s strong defense. The defense came out short against Rouse’s offense after having been scored on three times. The Red team hopes to bounce back against Georgetown on Thursday to make their record 3-1.

“We struggled against Rouse,” coach Matt Grissom said. “The Rouse defense was really strong and we are going to improve so much next week at practice to prepare for when we play Georgetown next week.”

The Blue team went out with another win of 30-17. The offense was once again lead by quarterback junior Kyle Irlbeck and the offensive line was lead by junior Thomas McGinnis. Sophomore Jacob Eglsee had two touchdowns that night that helped lead the red team to their third consecutive win. The defense held the Raiders to two touchdowns. Junior linebacker Dayton Croft led the defense with many tackles.

“We showed Rouse that we meant business,” junior Mark Grissom said. “We all did our part and we all worked our best on and off the field. I can’t wait till next week when we defend our winning record against Georgetown.”

Both teams will take on the Georgetown Eagles next week at Georgetown on Thursday starting at 5:30 with the blue team.