Timberwolves Take a Bite Out of the Lions 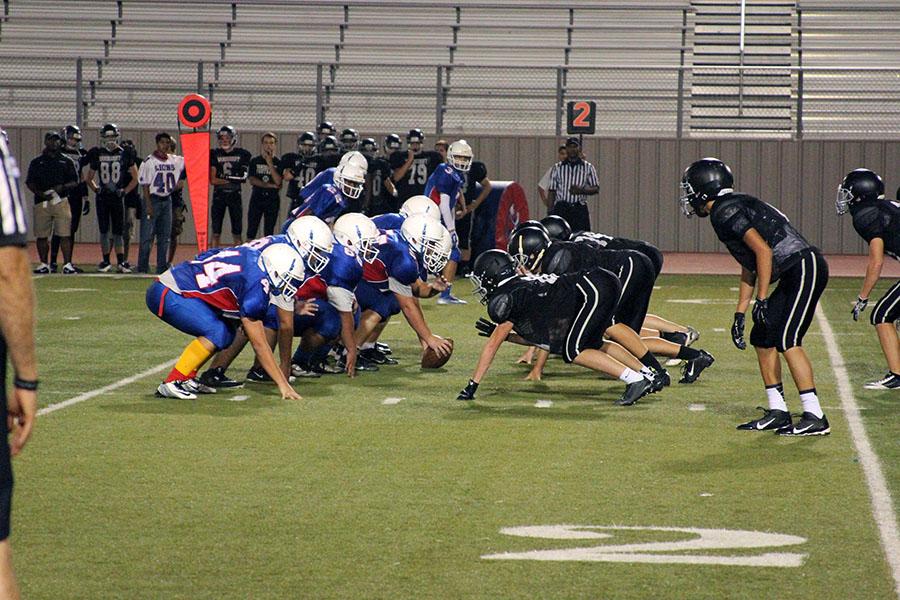 Freshman Blue team faces off against the Vandegrift Vipers.

Both junior varsity teams played at Cedar Park for their second district game. The red team played first and they lost with a score of 41- 24. The offense stayed strong with sophomores quarterback Kyle Irlbeck, offensive linemen Thomas McGinnis, and running back Gabriel Warren. The defense held the Timberwolves well, but they couldn’t hold them. The D-line was led by defensive line Andrew Garnett and  Brandon Beitia.

“We tried our best, but our best wasn’t good enough,” McGinnis said. “We really didn’t try that hard.”

The blue team played but were utterly swept away with a score of 40-0. The offense was pounded by the strong Timberwolf defense. Sophomore quaterback Garrett Parcell just couldn’t connect with his wide receivers. The defense couldn’t stop the T-wolves offense. The defense was led by sophomore defensive back Cody Spohn.

“Both teams played, but both need to improve on everything,” coach Matt Grissom said. ” It all starts with guard work in and off the field.”

The Lions will play Marble Falls on October 16 at home.