The spring football game is set for May 12th 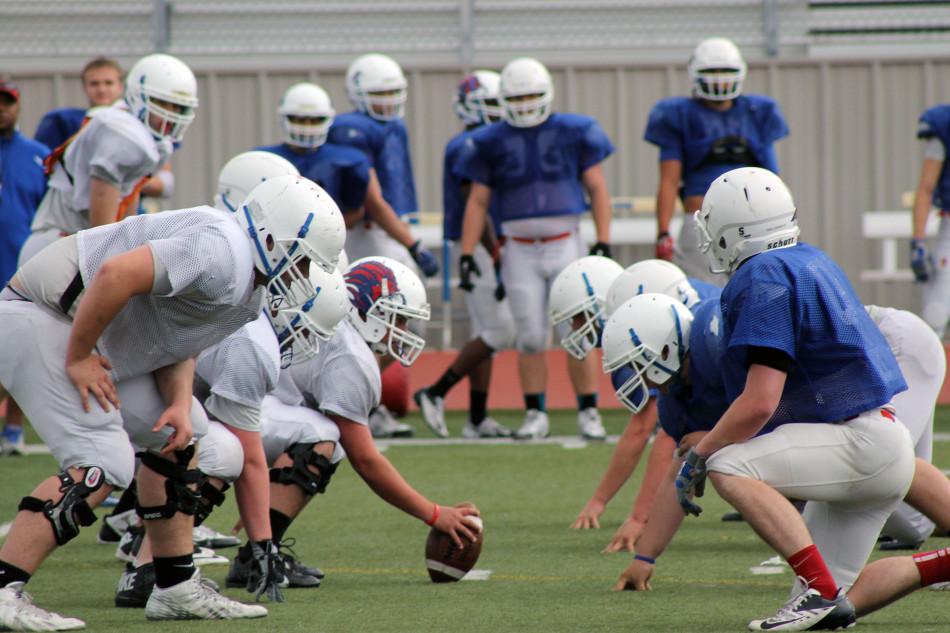 Due to the construction, spring football started a little early this season. All the football boys are working on their fundamentals and practicing early in the morning to get ready for fall. The Spring Game is scheduled for May 12th at 6:30.

According to Coach Bridges, the spring game is kind of like a “glorified practice;” there’s no keeping score, and it’s all about seeing what the players can do. Nothing about the spring game can guarantee things for the fall, but it does lay out an idea as to who the top players are.

“It gives us a sense of who to start,” Bridges said. “Even then that’s kind of fluid because we go through the summer. A lot of guys, their body types change completely in the three month period, it’s about eight weeks that they have in the summer to lift weights and work out again. It just gives us an idea if the guys understand what we’re asking them to do.”

The spring game is used to see how the guys have progressed since the last season. The freshmen this year will play against other freshmen, and the sophomores and juniors will play together. Lately the teams have been trying to get back into the hang of things.

“Right now we’re just working on getting all of our old calls back together, making sure we know all the plays, and making sure we know where we’re at as a team,” junior David Herbert said. “A lot of drills happen to make sure we have the basic and fundamentals of football still down.”

The earlier start had been pushed by construction, but now the guys have had the opportunity to break practices up within the week.

“Really the driving thing for us starting earlier was that we have to be out of the building the day school’s out. They’re wanting to come in and tear all our ceilings out in the next week or two. That was probably the impetus,” Bridges said. “But then now I actually like it.”

The Spring Game is 6:30 on Monday May 12th, and concessions will be available. It is open to the public and will include performances by the Blue Belles and the band.