Downed by the Chaps 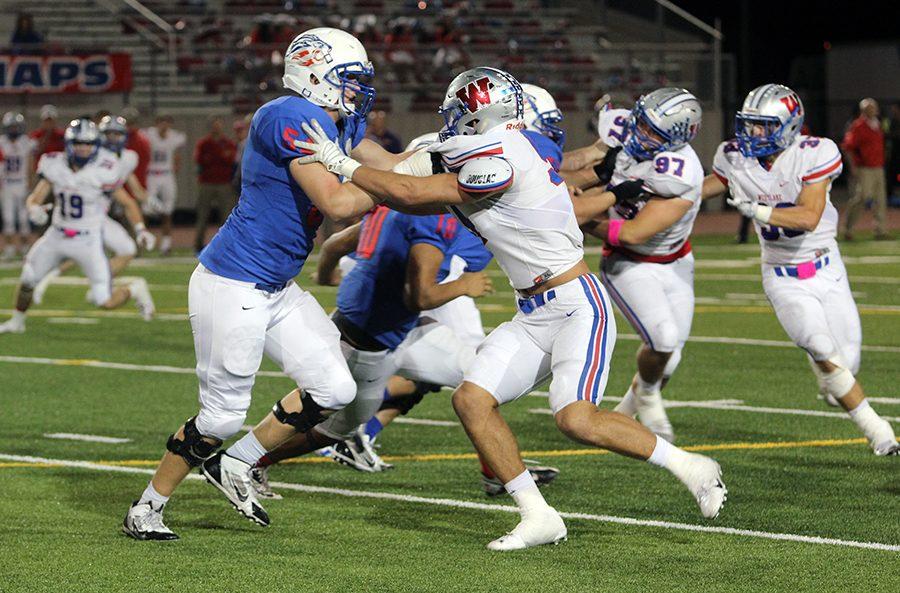 The Lions were defeated by the Westlake Chaparrals 0-41 last Friday. However, with one game left to go they still have a chance to make playoffs.

“We really did a good job at stopping the run,” senior Malcolm Wright-Harris said. “We held them to under 150 yards on the ground and they really had no big play rushing either.”

“We played really hard from the first snap to the last snap,” junior Jake Egelsee said. “They were a really good defense and it was tough to move the ball on them.”

In the third quarter Westlake got on the board first with a touchdown and with three minutes and 39 seconds left in the quarter they scored scored again to lead 0-34 going into the fourth quarter. In the fourth quarter, the Lions still failed to get on the scoreboard and the Westlake offense managed to score one more touchdown to end the game with 0-41 win.

“Well we implemented a new formation last week for the Chaps and we have been working all week on fixing our coverages so that’s one big thing we have done to prepare,” Wright-Harris said.

The next game for the Lions is against the Lehman Lobos on November the 4th at 7:30 p.m. at Lehman High School.