Freshmen football falls against the Vipers 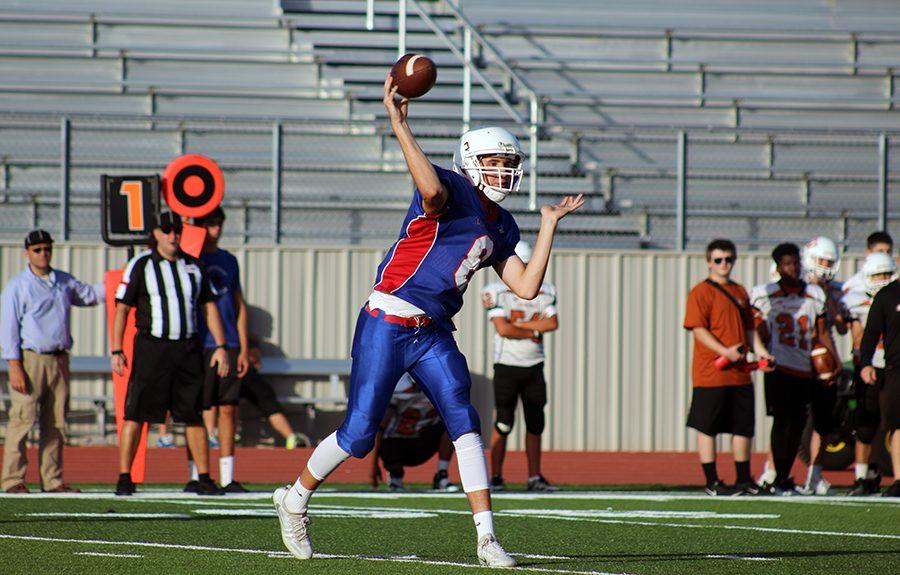 Will Loofe throws a pass to Cameron Allen. This was during the win against Westwood.

The freshmen teams lost against Vandegrift on Thursday October 6. The red team ended with a final score of 6-15 and the blue team lost 6-30.

Blue team running back Xavier Dotson worked his way past the defense with the help of the blue team’s offensive linemen to gain more yards during the first half of the game. However, Winegeart scored the blue team’s only touchdown during third quarter.

“We weren’t entirely there as a team during the first half,” Winegeart said. “We need to work on keeping our heads held up higher.”

Like the blue team, freshmen red was challenged against the rangers as well.

“I feel that we did pretty good on defense this game,” outside linebacker Britton Webber said. “I wished we scored earlier in the game because it would’ve made our offense execute their plays better.”

The red team’s defense gave up a long pass during the second quarter putting them more behind in the game.

“We really need to get better at executing our plays when on offense,” Webber said. “If offense hadn’t been lacking, we would’ve been more prepared for this game.”

The Freshmen Lions play against the Hays Rebels at Bible Stadium on October 13. The red team will start playing at 5 p.m and blue will start at 7 p.m.