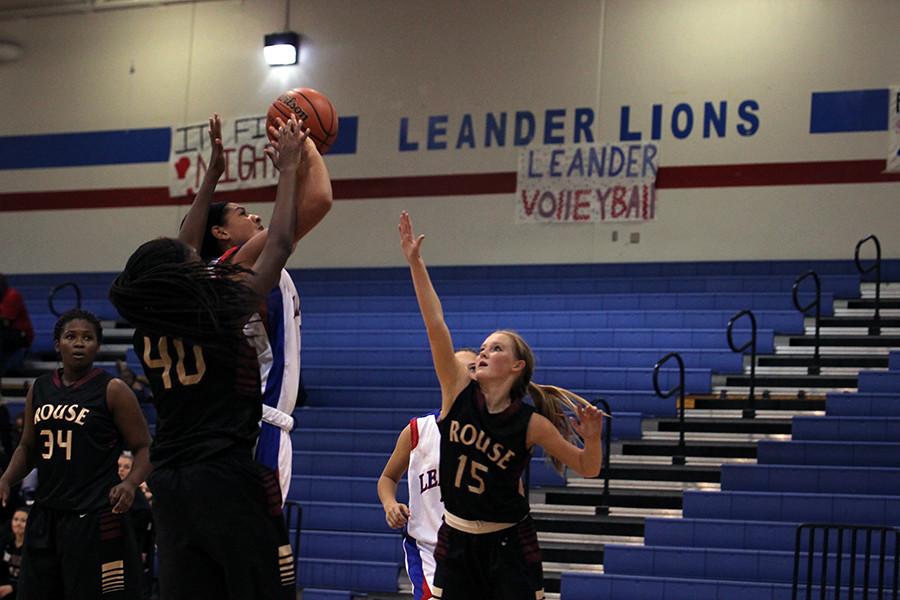 The JV basketball girls played Vista Ridge in a game that ended 31-44 with a loss for their team. Sophomores Sydney Morris scored 15 points, and sophomore Madison Lawton scored 11 points.

“It was a game we could have won,” Lawton said. “We were just playing it half way and our plays were going half way. I felt pretty good though. My shots were falling through and our teams chemistry has improved a lot. We have morning practice now and we have been bonding a lot more.”

Sophomore Valerie Martin and sophomore Alexis Bell scored one two points each. Morris explained that during the game she attempted to step up for her fellow teammates.

“I was trying to be a leader,” Morris said. “I was really happy and excited after the game because I scored so much. After the game we all watched the varsity game and it was nice because being friends is easy. We trust each other and know what we do on the court. We can count on each other.”

The girls played at Dripping Springs on the 14th and sophomore Ally Mathues scored a three pointer, made a free throw, and stole. Sophomore Alice Pineda had five steals and shot one two pointer. The score was 15-28 ending with a loss.

“Dripping Springs defense was really tough,” Coach Rich said. “We matched them point for point in the second quarter and kept them from scoring much in the first quarter. It was our weak offensive in the third quarter where our shots just weren’t falling throw that got us.”

The girls will face off against Georgetown on December the 18th at 5:30. The game will be at Georgetown.