A game of mentality against the Lady Timberwolves 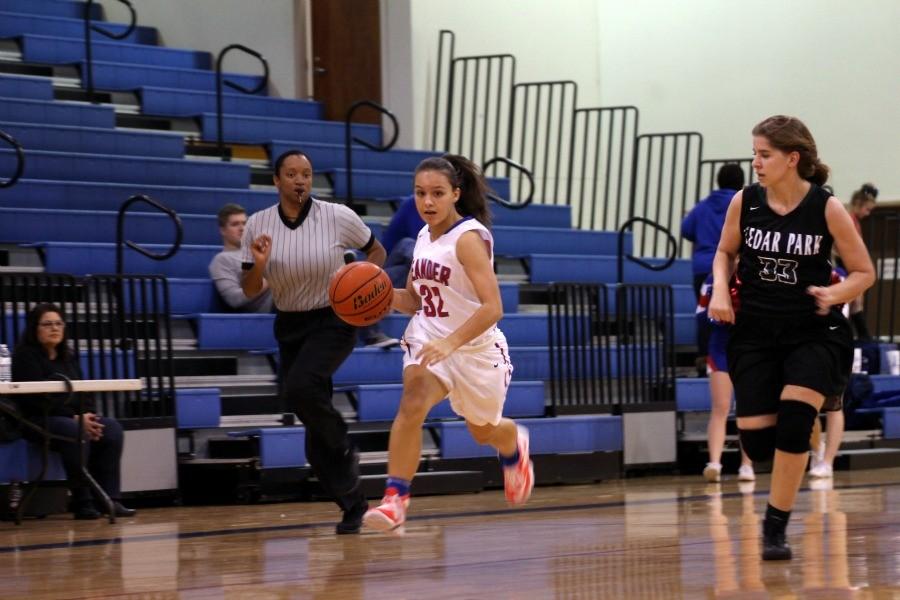 Junior Mikaela Noe dribbling down the court against Cedar Park. The Lady Lions scored a total of 33 points in the third and fourth quarters.

The varsity Girls’ basketball team lost to Cedar Park 49-60 last Friday night, and after some ups and downs in the score the Lady Lions hope to come out on top next time they meet the Lady Timberwolves.

“I think we just came out a little flat,” senior Rayanna Carter said. “I think we played a good defense and we executed well offensively in certain spurts of the game, but it was just more of altogether we weren’t there.”

The game started off with 14 points for the first quarter and two points in the second. The third and fourth quarters ended in a combined score of 33.

“We will definitely come out with a win next go around,” sophomore Kassadie Sanders said. “As Coach Kay would say, ‘You are the better team. They didn’t beat you, you beat yourselves.’”

“I feel like we’re gonna come out really strong,” Carter said. “I’m looking forward to just putting our foot on the neck and start out strong, and make sure there’s nothing to worry about late in the game. Just win the first two minutes. That’s what we always focus on, the first two minutes.”

The next game will be at Marble Falls on January 12th.