Varsity girls take on the Lobos 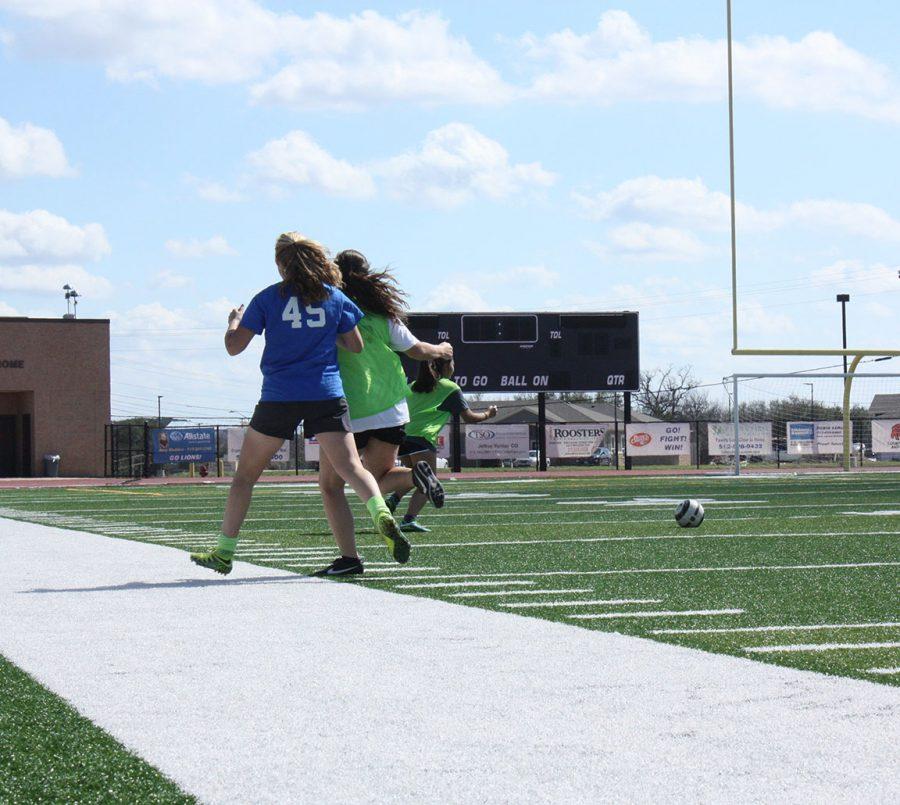 The varsity girls practicing after school. They have won one game this season.

The Lady Lions tied with the Lehman Lobos at their home game on February 14. The final score was 2-2.

Senior Kyah Carlsen scored the first goal by dribbling down the field and taking a shot into the goal.

“We’ve had a rough season so far,” Carlsen said. “So it felt really good to feel like we were winning.”

Junior Madison Mallach scored the second goal by shooting the ball one on one with Lehman’s goalie.

“I think that each game gets better,” Brinkmann said. “We get stronger as a team and at soccer.”

The Varsity girls will play at home against the Vista Ridge Rangers next Tuesday at 7:30. This will be the fifth game of the season.