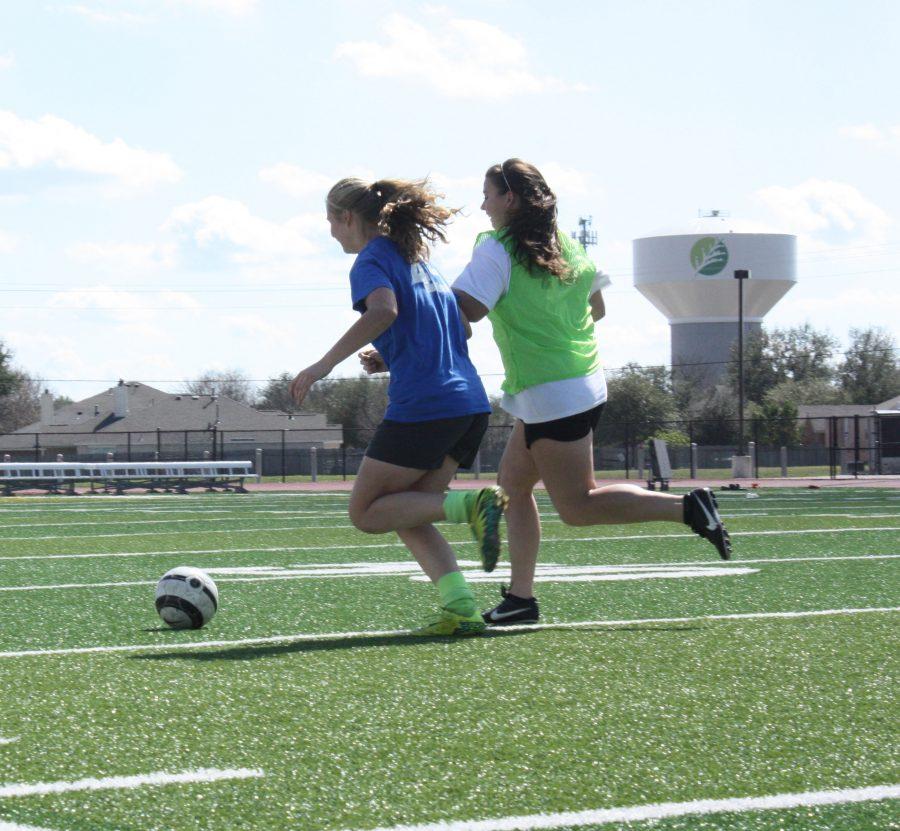 The girls practicing passing to each other during practice. The girls have played four games so far this season.

The Lions went against Vista Ridge on January 27, losing the game 0-1. On January 31, they ended with a final score of 0-6 against Vandegrift.

With 25 minutes left in the game against Vandegrift, sophomore Gigi Ceka almost scored twice. She dribbled down the sideline and took a shot to the goal but missed. After she got the ball back, she attempted at another shot, missing again.

“We need to be more serious when we practice,” senior Kyah Carlsen said. “I think that has a lot to do with the way we play when we actually face off on the field, but other than that I think we’re doing really well.”

In the game against Vista Ridge, senior Kyah Carlsen blocked many of the ranger’s attempts to shoot the ball into Leander’s goal making it easier for the Lions to lead the ball to the other side of the field.

The varsity girls soccer team will face away against Hays high school on February 3, 2017.